An innovator of Internet commerce has closed its website to further business. 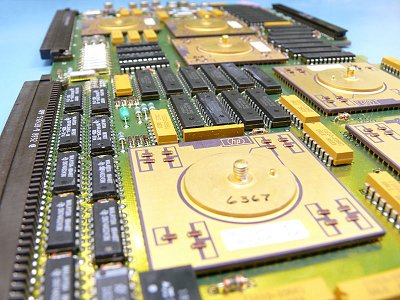 August 2, 2013 – Feeling unable to continue providing the “Best Deals Every Nanosecond” as it originally set out to do, Geeks.com has parted ways with the Internet-sales landscape it helped to construct. For many teens and 20-somethings who had websites such as Amazon and eBay readily available as they earned their first bits of disposable income, it may seem weird to think there was a time when making online purchases was not a facet of everyday life. When Geeks.com first opened their virtual doors under the domain of CompGeeks.com in 1996, however, e-commerce was still very much in its infancy.

This innovative little extension of a Californian computer shop managed to make big waves in the tech community, selling new and refurbished computer parts, peripherals, and assorted electronics to the world at large. By their own count, Geeks moved nearly half a billion dollars in revenue over the last 17 years, helping nerds, geeks, and techies stay on top of the ever-advancing world of computer technologies. Sadly, that era has come to an end as Geeks.com will not be accepting any new orders.

The company said that many factors were behind the decision to close up shop, including an inability to continue living up to its ideals of providing the best prices possible, and chief amongst them was intense competition from the likes of Amazon.

“The e-commerce landscape, as well as the consumer electronics market, has changed dramatically with intense competition and a 1000lb gorilla (do we really need to say who) competitor that can lose millions of dollars to buy customers and suck up inventory. They can lose money with impunity, supported by the stock market. We cannot.”

Geeks will still be available to fulfill outstanding orders, offer advice, and honor warranties as its Oceanside retail shop and wholesale division will remain open. Nonetheless, the company extended its sympathies to the workers and families impacted by this closure, and concluded its parting message with a heavy heart:

“With fond memories of the past and with hope for the future, we are signing off...”