Daniel Chong, the 25-year-old University of California San Diego student who was forgotten for five days in a Drug Enforcement Administration holding cell last April has settled a lawsuit for $4.1 million. 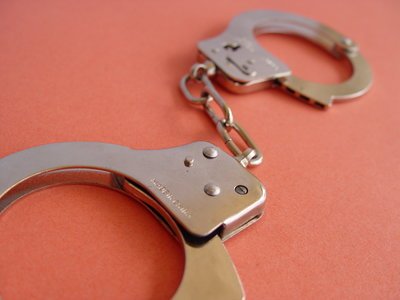 Daniel Chong, the 25-year-old University of California San Diego student who was forgotten for five days in a Drug Enforcement Administration holding cell last April has settled a lawsuit for $4.1 million.

Chong was among nine people detained by DEA agents on the morning of April 21, 2012 after a narcotics task force raided a San Diego house and seized about 18,000 ecstasy pills, marijuana, prescription medications, hallucinogenic mushrooms, several guns and thousands of rounds of ammunition, according to a CNN report.

Upon his release, Chong, who was never formally arrested or charged, told reporters that he was visiting a friend and knew nothing about the presence of drugs and guns.

"This was a mistake of unbelievable and unimaginable proportions," said Chong’s attorney, Julia Yoo.

Held in a 5-by-10-foot concrete cell for five days with nothing but a peephole through the door and a toilet, Chong, who feared death and dehydration, drank urine to survive.

Chong reported that he stood on a metal bench attempting to set off the sprinkler system with his hands cuffed. "I was screaming. I was completely insane," he said.

The cell, situated in a narrow hallway, was isolated from the rest of the DEA facility, said Eugene Iredale, another of Chong’s attorneys.

Although Chong reported to the San Diego Union-Tribune last year that he heard footsteps, cell doors opening and closing and muffled voices, no one responded to the clamor he made inside his cell. It still remains unclear why no one heard him.

During his ordeal, Chong, accepting death, used a shard of glass from his glasses to carve "Sorry Mom" onto his arm as a farewell message, Yoo said.

It was not until the afternoon of April 25 that an agent opened the door to Chong’s cell and found the severely-dehydrated handcuffed student. He lost 15 pounds and suffered from severe post-traumatic stress disorder, Yoo reported.

"He's the strongest person I have ever met," Yoo said. "As a result of his case, it's one of the primary reasons the DEA placed a nationwide policy that calls on each agent at satellite offices to check on the well-being of prisoners in their cells on a daily basis," Yoo said.

A DEA spokeswoman said that a review of DEA procedures was conducted and submitted to the inspector general's office at the Department of Justice. She also made reference to a statement made by DEA San Diego Special Agent in Charge William R. Sherman shortly after the incident.

"I am deeply troubled by the incident that occurred here," he said. "I extend my deepest apologies to the young man and want to express that this event is not indicative of the high standards that I hold my employees to."

Since his ordeal, Chong has returned to UC San Diego to complete his undergraduate degree. "He changed his major from engineering to economics and wants to finish school, pursue his career and help take care of his mother,” Yoo said.