A report by the U.S. Department of Education shows a rise in student loan defaults in the first three years of repayment.

Print Email
The U.S. Department of Education released some grim news on the default rate for federally guaranteed education loans.  For the first time this year, the department analyzed the data based on how borrowers cope with loans after three years of returns, instead of only two.  While borrowers have increased to over 37 million, a growth of one-third in the past five years, the total number of defaulted payments at 5.9 million, for which about $76 billion is still owed.
The percentage of borrowers who defaulted on student loans within the first three years of payments increased to an average of 13.4 percent.  The rate was slightly higher for borrowers who attended for-profit schools at 22.7 percent. 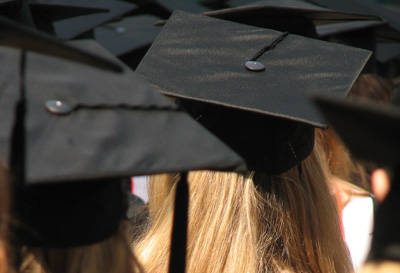 While the three-year analysis ordered by Congress is historic, some critics say it still doesn’t generate a full understanding of the defaulted student loan issue in the country.  The department of education finds that the fourth year of repayment is the time when most borrowers face default or become delinquent on their payments after graduating from a college or university.
The department also offered an estimate on future student loan payment defaults.  17 percent of  borrowers (49 percent of borrowers from for-profit schools) who began repaying their loans in 2009 will default.
The findings are troubling, even considering the government’s three-year-old income-based repayment program, designed to keep borrowers from defaulting on their loans.  Federal aid eligibility can be removed from colleges with a 30 percent default rate over three years or 40 percent in one year beginning in 2014.  Currently 218 colleges have default rates surpassing 30 percent, and 37 have a rate exceeding 40 percent.  These institutions are required to create default management programs approved by the department.
Share your thoughts on this article by posting your comment below or visiting our Long Island Living discussion forum.
Read more articles about schools and education on Long island.