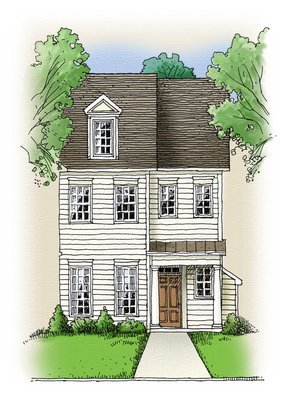 The QBE settlement includes restitution for homeowners who were harmed, a $10 million penalty paid to the State of New York, and a set of reforms – first agreed to last month by Assurant, Inc., the nation’s largest force-placed insurer, in a DFS settlement – that will save homeowners, taxpayers, and investors millions of dollars going forward through lower rates.

“The kickbacks and payoffs in the force-placed insurance industry used to be a dirty little secret that pushed far too many families off the foreclosure cliff, but my Administration’s investigation is helping put a stop to those abuses,” said Governor Cuomo. “The nation-leading reforms that we’re putting in place will mean lower home insurance costs and better protections for many working New Yorkers.”

Benjamin M. Lawsky, Superintendent of Financial Services, said, “The momentum behind New York’s force-placed insurance reforms is continuing to build. We urge other regulators to pick up the ball and run with it by implementing New York’s reforms nationwide – so that all homeowners, regardless of where they live, are better protected from abuse.”

The Findings of DFS’s Investigation of QBE

In October 2011, DFS launched an investigation into the force-placed insurance industry, including QBE and its subsidiaries. Force-placed insurance is insurance taken out by a bank, lender, or mortgage servicer when a borrower does not maintain the insurance required by the terms of the mortgage. This can occur if the homeowner allows their policy to lapse (often due to financial hardship), if the bank or mortgage servicer determines that the borrower does not have a sufficient amount of coverage, or if the homeowner is force-placed erroneously.

Indeed, even though banks and servicers are the ones who choose which force-placed insurance policy to purchase, the high premiums are ultimately charged to homeowners, and, in the event of foreclosure, the costs are passed onto investors. And when the mortgage is owned or backed by a government-sponsored enterprise, such as Fannie Mae or Freddie Mac, those costs are ultimately borne by taxpayers.

DFS’s investigation revealed that QBE competed for business from the banks and mortgage servicers through what is known as “reverse competition.” That is, rather than competing by offering lower prices, the insurers competed by offering what is effectively a share in the profits. This profit sharing pushed up the price of force-placed insurance by creating incentives for banks and mortgage servicers to buy force-placed insurance with high premiums. That’s because the higher the premiums, the more that the insurers paid to the banks.

One measure of how profitable force-placed insurance has been for QBE is how little the company has paid in claims as compared to premiums taken in—what is known as the loss ratio.

From 2009 to 2011 respectively, QBE Insurance’s actual loss ratios for force-placed hazard insurance in New York were 18.2 percent, 18.5 percent, and 13.5 percent. These loss ratios are substantially below the 55 percent expected loss ratio QBE filed with the Department.

In addition, QBE Insurance has paid contingent “profit” commissions to its affiliated program manager, QBE FIRST when loss ratios were kept below a certain figure, which has ranged from 35 percent to 40 percent -- both significantly below the expected loss ratios QBE Insurance filed with the Department. This creates a troubling incentive for QBE FIRST to keep loss ratios as low as possible.

The settlement signed today includes restitution for homeowners who were harmed by QBE and Balboa, a $10 million penalty to be paid by QBE, and a set of major reforms.

Superintendent Lawsky said, “QBE has done the right thing by adopting these reforms. We now need to ensure that the entire industry in New York – 100 percent of it – is subject to our reforms.”

To lower the cost of force-placed insurance going forward for all non-flood business:

To put a stop to the improper practices found in DFS’s investigation, many of which helped QBE support inflated premiums:

To provide restitution to those who were harmed: