Reduces Unlawful Possession of Marijuana to Violation Punishable by a Fine. 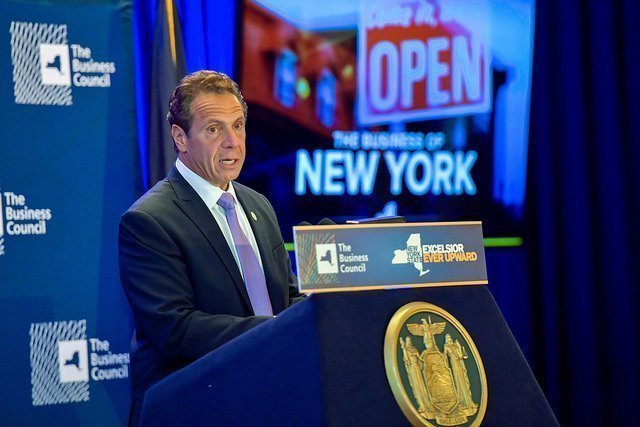 Governor Andrew M. Cuomo signed legislation (S.6579A/A.8420) further decriminalizing marijuana use in New York State. Cuomo stated that this legislation will reduce the penalty for unlawful possession of marijuana to a violation punishable by a fine, and by creating a process for individuals who have been convicted for possessing small amounts of marijuana to have their records expunged. The Governor first proposed the further decriminalization of marijuana in 2013, and again in the FY 2020 Budget. The bill will take effect 30 days after becoming law.
"Communities of color have been disproportionately impacted by laws governing marijuana for far too long, and today we are ending this injustice once and for all," Governor Cuomo said. "By providing individuals who have suffered the consequences of an unfair marijuana conviction with a path to have their records expunged and by reducing draconian penalties, we are taking a critical step forward in addressing a broken and discriminatory criminal justice process."
Senate Majority Leader Andrea Stewart-Cousins said, "Decriminalizing marijuana is an essential part of reforming our state's broken justice system. For too long, communities of color have been disproportionately targeted and negatively impacted. The Senate Democratic Majority will continue our efforts for full legalization and regulation of marijuana, and today's decriminalization is a good first step."
Assembly Speaker Carl Heastie said, "This law is an important step in righting decades of injustice caused by the state's current drug laws. Decriminalizing marijuana and expunging records for those with low level offenses will go a long way towards helping our communities, and especially people of color, who have been devastated by them. By removing the barriers and stigma that come with these records, we clear the path for many New Yorkers to find a job, housing and go on to live successful and productive lives."
This legislation will:
Senator Jamaal T. Bailey said, "Marijuana possession gives those convicted a criminal record that will follow them throughout their lives, potentially limiting their access to education, affecting their ability to obtain employment leading to a potential inability to provide for their families. The creation of a mechanism for expungement, both retroactively and forward-looking, is a step in the right direction in finally ending the heavy-handed war on drugs that has decimated communities of color. I want to thank the Assembly sponsor and Majority Leader of the Assembly Crystal Peoples-Stokes, Governor Andrew Cuomo, Majority Leader Andrea Stewart Cousins, and Assembly Speaker Carl Heastie for their commitment to this issue and ensuring this bill becomes law."
Assembly Majority Leader Crystal D. Peoples-Stokes said, "For too long communities of color have been the target of discriminatory criminal justice policies and have suffered serious consequences for the possession of small amounts of marijuana, while others were never arrested or charged. By decriminalizing marijuana use in New York once and for all, we are ending this repressive cycle that unfairly targets certain communities. I thank the Governor for signing this bill and for taking this critical step forward in the name of equality."