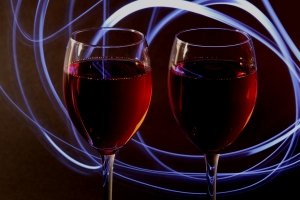 Albany, NY - June 13, 2014 - Governor Andrew M. Cuomo today congratulated the winners of the New York State Fair’s annual commercial wine competition. Awards were given to 330 commercial wines and spirits after judging that took place this week at the State Fairgrounds in Syracuse. Professional judges from throughout the East Coast judged 43 entries to have earned the highest designation, double gold. That number is nearly triple the 15 wines and spirits that earned double gold last year.

25 percent of entries this year earned either double gold or gold medal status, up from 15 percent last year.

“These results confirm what we have been hearing from wine enthusiasts everywhere: New York wines are among the very best, and they’re getting better every year,” Governor Cuomo said. “Our administration has been working alongside New York winemakers to support the continued growth of this industry, and we’ve already begun to see the results. I congratulate this year’s winners – businesses and vintners who support jobs and economic opportunities from Long Island to the Finger Lakes – and encourage all of our great winemakers to prepare for next year’s competition.”

Hazlitt 1852 Vineyards of Hector earned one of the top two honors, Best of Show, for its 2012 Solera Sherry, which won in the Best Dessert – Fortified category. Swedish Hill Winery earned the other major honor, Best Winery, as the company’s products won 19 awards, including five double golds.

The winners in the other categories are:

Harvey Reissig, chairman of the competition, said, “In talking with our judges, they mentioned the overall outstanding quality of wines in this year’s competition. It’s not just one or two wineries. Many are making rapid growth and raising the benchmark for New York wines. And I’m pleased that our top winners reflect not only a diversity of types of wine but also come from diverse regions of the state.”

155 wines earned silver medals, while 91 earned bronze. The winners, along with those who won in the amateur winemaking competition, will be honored at a ceremony during the Great New York State Fair. Full results from the competition are available on the Fair’s competition results website.

Richard A. Ball, Commissioner of the Department of Agriculture and Markets, said, “We are constantly looking for more ways to highlight the great products of New York’s vineyards. The Fair is the state’s largest showcase for the high quality of its agriculture and we are determined to bring New Yorkers ever closer to the people who make their food and drink. It’s good for our health; it’s good for our economy, and, at the Fair, it’s fun! I encourage everyone who enjoys a glass of wine to visit the Fair and go home with new favorites.”

Wines Featured at the Fair

Commercial wines featured in the competition will play a major role in the 2014 New York State Fair.

Each of the wines that won in their categories will take part in a second competition. Judges in the Taste NY Wine and Cheese Pairing Competition will use their expert palates to taste each of the nine winning wines as well as the cheeses that won each of their categories. They will then decide on the best pairing of a wine and a cheese. Last year’s inaugural event saw Baldwin Vineyards’ Strawberry Fruit Wine, which won for best fruit wine, and Old Chatham Sheepherding Company’s winning Camembert emerge as the best pair.

The exact day and location of this second annual event will be announced in the near future.

Fairgoers can taste what the judges sampled at a booth in the Horticulture Building. Many of the wineries that took part in the competition donated extra bottles of their wines. Free samples of those wines will be available at the booth. Only wines entered in the competition are provided for sampling.

Across from the booth is a meeting room. Last year in that room, the Fair began holding daily seminars teaching consumers how to pair wines and cheeses. The seminars were taught by experts from some of the state’s top wineries. They were very successful, with overflow audiences on hand. New this year, the Fair will focus two days of seminars on the wines from the wineries that won Best of Show and Best Winery.

Fairgoers have offered strong praise for the Fair’s decision to return the Wine Court to its original home at the Colonnade, near Chevy Court’s daily free concerts and in the heart of the Fairgrounds. The Wine Court features only New York State wines.

According to a recent study commissioned by the New York Wine and Grape Foundation, the full economic impact of New York grapes, grape juice, and wine in 2012 was $4.8 billion for New York State. The farm-based beverage industry and the wine industry in particular have shown rapid growth in recent years, thanks in part to a concerted effort by the Governor’s administration to be a partner in the industry’s growth. Governor Cuomo has hosted two industry summits, listening to industry and acting on its behalf, and a commercial was launched in 2013 promoting the quality of New York’s wine industry.

The Governor also launched Taste NY as a way to market farm-based beverages to a wide audience and recently announced that a Taste NY marketing and branding program at state liquor stores will be created to maximize exposure and sales. As a result of feedback from industry at these summits, the Governor launched a one stop shop designed to provide New York’s wine, beer, and spirits producers with a single point of government contact for assistance regarding regulations, licensing, state incentives, and any other questions or issues facing the industry.