The Mets followed a split of 4 games against Atlanta with a split of a double-header in Washington; the Yankees fell to Tampa as the welcomed back Alfonso Soriano. 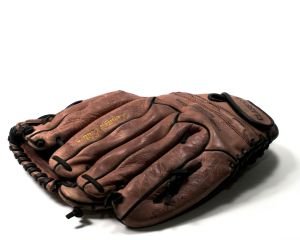 After blowing what had been a 1-0 game entering the ninth inning against the NL East-leading Braves on Monday, Tuesday’s follow-up began in the worst possible way for the Mets as Carlos Torres gave up a leadoff homerun in his second start for New York. He would let two more runners reach base in the first and kicked off the second by hitting Dan Uggla, but he worked out of both innings without any further damage.

Torres made up for the homerun in the third inning when he singled Juan Lagares home to tie the game, and hung on to keep the score 1-1 through six complete innings. Ike Davis put him in position to notch his first win with an RBI double in the bottom of the sixth, giving the Mets a lead to which John Buck added an RBI single and Lagares brought in another run on a sacrifice fly, putting the team ahead 4-1.

The bullpen took over in the seventh and held Atlanta scoreless through the last third of the game, helping Torres get his win as Bobby Parnell picked up his 19th save.

Atlanta struck first again in Wednesday’s game when Evan Gattis hit a solo shot off Jeremy Hefner in the second inning, and the Mets could do nothing to hit Braves’ starter Tim Hudson back. Hefner was taken out of the game in the fifth after he gave up two more homers—one for 3 runs and the other for 2. Hudson continued his shutout until the eighth inning, during which he covered 1st base on an Eric Young groundout which ended with Young landing on the pitcher’s leg midstride, breaking Hudson’s right ankle.

Daniel Murphy finally put the Mets on the scoreboard with a 2-run double, after Hudson was carted off the field, which the Braves paid back in the ninth, but there were no celebrations in either dugout following the 8-2 Atlanta victory.

Thursday’s close to the series was a fair bit more competitive and, thankfully, did not draw to a close in the same horrific fashion, though Young did leave the game in the fifth inning with an apparent knee sprain from the Hudson collision.  Before that, however, Marlon Byrd drove Young home for the first Met’s run on a single in the third, and Justin Turner knocked in the leading run on a soft groundout. John Buck rounded out the inning with a 2-run single to put New York ahead 4-1.

Dan Uggla hit a 2-run blast off Zack Wheeler in the top of the fourth, and Freddie Freedman belted a solo shot in the sixth to tie the game. Murphy put the Mets back on top with an RBI single in the bottom of the inning, then rounded the bases himself on David Wright’s ensuing triple (which Braves’ manager Fredi Gonzalez argued should have been called a ground-rule double). Buck drove Wright home to put the Mets up 7-4—a score which held as Parnell earned his 20th save, Wheeler was credited with his first win at home, and New York evened out the four-game set at two wins apiece.

The Mets continued division play yesterday as they traveled to Washington for a day-night double header. Jenrry Mejia could not have hoped for a better beginning to his first start of 2013 as Daniel Murphy put New York on top with a solo shot in the first inning. Murph did it again in the third, this time with a runner on base, to put the Mets up 3-0.

By virtue of what would become a shutout performance for Mejia, that score held until the top of the seventh when Lagares picked up an RBI single and Murphy drove Lagares home for his fourth RBI of the day, putting the Nationals down 5-0. Mejia retired the side in the bottom half of the inning before turning the ball over to the bullpen in the eighth. Murphy hit another RBI single in the ninth, and Wright followed suit. Byrd doubled them both home and Davis hit a 2-run blast to polish off the game, giving New York an 11-0 victory and Mejia a win.

Sadly, there would be no offensive explosion when Matt Harvey took the mound for the second game last night. John Buck did give up a lead to work with on an RBI double in the fourth, but the Nats scored a run in the fifth, tying the game at 1 apiece.

Harvey stayed on to pitch 8 complete innings, finding no additional run support along the way, and turned the ball over to LaTroy Hawkins in the ninth. Hawkins gave up a walk-off homerun to Ryan Zimmerman, handing the Mets a 2-1 loss and Harvey his 11th no-decision this year.

The series will continue at 3:05 PM today and conclude at 1:35 PM tomorrow.

Yankees Bring Back an Old Friend, Fall to Recent Rival

Following two straight losses, Tuesday’s game in Texas started off quite well for Phil Hughes and the Yankees. Austin Romine doubled in the first run of the evening in the third inning, and Ichiro Suzuki brought him home on a single to extend the New York lead. Brent Lillibridge, who had been called up from the minors after Jeter went back on the DL, reached base on a fielding error in the fourth inning which also allowed Vernon Wells to score, giving the Yanks a 3-0 lead.

The game got away from Hughes in the sixth, however, as he gave up two runs on a Beltre double and Andrus single. Boone Logan was brought on halfway through the inning, but gave up a 2-run homer to Mitch Moreland, putting the Rangers on top 4-3.

Texas remained ahead until the ninth inning, when Eduardo Nunez smacked an RBI triple to tie the game and came home himself on Lillibridge’s subsequent single. Mariano Rivera came on to earn his 32nd save this season as New York evened the series with a 5-4 victory.

Despite giving up an RBI single in the first inning of Wednesday’s game, Andy Pettitte put together the strongest start he’s had in quite some time. Robinson Cano tied the score with an RBI single in the sixth, but Pettitte gave the lead right back on a homer in the bottom frame of the inning.

Pettitte ultimately allowed just the 2 runs through 6+ innings; unfortunately he did not get the run support needed to avoid taking a loss. Texas tacked on a third run in the eighth with a David Murhphy homerun, taking a 3-1 win and 2-1 series lead.

Hiroki Kuroda was even more impressive in Thursday afternoon’s close to the series, and he had to be in order to get the win. Both sides had a shutout going until Lillibridge doubled Romine home in the sixth inning to put New York ahead 1-0.

Kuroda stayed on to pitch seven complete shutout innings, and Eduardo Nunez offered a little extra insurance in the top of the eighth when his groundout allowed Robinson Cano to score. David Robertson worked a 1-2-3 eighth and Rivera retired 3 of 4 batters in the ninth, earning his 33rd save and helping Kuroda become the first Yankee with 10 wins this season. His 2-0 victory tied the 4 game series for the Yanks before they flew back home to prepare for Tampa Bay.

Last night saw the first inning come and go without incident—both sides were retired in order—but CC Sabathia was hit hard by the Rays in the second. After giving up a leadoff double, CC allowed another to drive in the first run of the game; two more runs on singles followed, and another double drove in another two runs. Wil Myers notched the 6th run of the inning with a single, putting New York down by a hefty margin.

Romine put a slight dent in the deficit with an RBI in the third, but Tampa added on another run in the fifth. Adam Warren replaced CC in the sixth and got through the inning without trouble before giving up a 3-run homer in the seventh. David Adams singled in another run for the Yankees in the eighth and Chris Stewart hit an RBI double, bringing the spread down to 10-3.

Melky Mesa and Adams both hit RBI singles in the ninth inning, and Alfonso Soriano scored a run on a groundout in his first game back in a Yankee uniform since 2003, but that late night offense was only good enough to bring New York within 4 runs. They lost 10-6, and CC fell to 9-9 on the season.

The game put Tampa Bay on top of the AL East for the first time this season, edging out Boston by half a game in the loss column. New York will try to even the series up at 1:05 PM today, and finish it at the same time tomorrow.