The weekend went pretty well for the Mets, but both of New York’s team got off on the wrong foot in their current series. 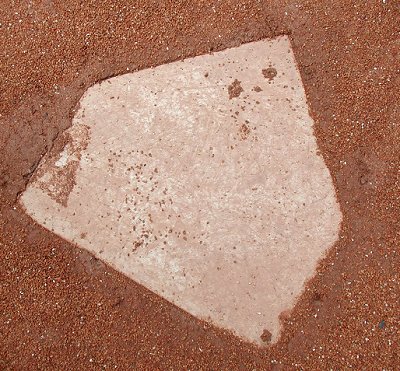 After dropping their first game back from the MLB All Star Break to the Red Sox, the Yankees may have been wishing just a little harder that Derek Jeter had not returned to the DL, but Hiroki Kuroda gave them a reason to keep their chins up on Saturday. He had a no-hitter going through the first four innings (Daniel Nava reached base in the first on a hit-by-pitch) when Bret Gardner put the team on top with an RBI single that drove Luis Cruz home.

The no-hitter came to an end in the bottom of the fifth as Boston knocked in two straight singles, but Kuroda worked his way out of trouble, preserving the 1-0 lead. New York gave him a little extra run support in the seventh, which started with an Eduardo Nunez double. Cruz drove him home on a single, then came home himself on a Robinson Cano single. Lyle Overybay rounded out the inning with his own RBI single, putting the Bronx Bombers on top 4-0.

Those runs came in handy as Kuroda gave up 2 runs in the bottom half of the inning—one on a sacrifice fly and the other on a wild pitch—though he was allowed to finish the frame and did so without any further trouble. David Robertson worked a 1-2-3 eighth and Mariano Rivera struck out two of four batters to close the game, earning his 31st save and preserving Hiroki’s 9th win of the season.

Sunday’s rubber game began exceptionally well for the Yankees: after Gardner lead the night off with a single Ichiro Suzuki reached safely on a throwing error by Boston pitcher Ryan Dempster; Gardner reached third in the process. With Cano batting, Ichiro stole second, drawing a misthrown ball from catcher Saltalamacchia which allowed Garnder to run home and Ichiro to proceed safely to third. Suzuki scored on a Vernon Wells single shortly thereafter.

A Cano RBI single in the second would soon put the Yanks ahead 3-0, but CC Sabathia gave up the lead on an RBI single and 3-run homer in the third inning. Boston tacked on 2 more runs in the fourth and another in the fifth to take a 7-3 lead, however, New York would not go down without a fight. Gardner drove in another run on a single in the sixth, and Cano did the same before inning’s end. Chris Stewart singled on a bunt in the seventh, resulting in a throwing error by third-baseman Jose Inglesias and a run scored by Wells. Nunez scored as Luis Cruz grounded out in the following at-bat, tying the game 7-7.

The score remained tied through regulation and then the tenth inning. Unfortunately, the Yanks could not complete the comeback before Mike Napoli belted a towering 2-out homerun to give Boston an 8-7 walk-off victory in the eleventh inning.

The Yankees’ lives didn’t get any easier as they travelled to Texas to face Yu Darvish fresh off the disabled list last night. Adrian Beltre drove in the first run in the first inning, giving the Rangers a 1-0 lead. Though Ivan Nova settled down afterwards he did not receive the run support he had seen in years past, and gave up another run in the sixth.

Nelson Cruz homered to put Texas ahead 3-0 in the seventh inning—a score which held through the end of the night, handing the Yanks their third lost in four games since the unofficial halfway mark of the season.

The series will continue at 8:05 PM tonight and tomorrow, then finish at 2:05 PM on Thursday.

The Mets made a laudable effort in trying to come back from an insurmountable deficit Friday night, and they found the lead much easier to reverse on Saturday. After Zack Wheeler gave up a leadoff homer to Philadelphia’s Jimmy Rollins to start the day, New York knocked in 3 runs in the bottom of the first—two came on Marlon Byrd and Juan Lagares singles, and the other on a force out which allowed Byrd to reach home.

Wheeler labored through the next few innings and was taken out after 106 pitches, having allowed another run in top of the fifth. David Wright brought the lead back up to 2 when he singled Eric Young home in the bottom frame and the Mets would go on to win 5-4, but Wheeler would not be credited with the win despite leaving with a lead. Bobby Parnell did collect his 18th save, however, even though he gave up a 2-run homer in the ninth.

Mets’ ace Matt Harvey made certain to be in position for a win before he left Sunday’s rubber game. The team gave him some well-deserved run support with a pair of homers off the bats of Wright and Byrd in the first inning, then went ahead 5-0 on a 3-run shot from Lagares in the fourth.

New York did not score again after that point, but Harvey took a shutout through the seventh inning before turning the ball over to Scott Atchison who finished the job. Harvey got his 8th win as the Mets took the game and the series.

Dillon Gee did not get the same level of run support when the Braves came to town last night, but he did have a slight lead to work with after Ike Davis singled Byrd home in the fourth inning. He threw a no hitter through six innings and, like Harvey the night before, pitched a shutout through seven even after allowing a couple singles and hitting Dan Uggla to load the bases.

LaTroy Hawkins kept the shutout going in the eighth inning, but Bobby Parnell blew a save opportunity in the ninth, first allowing Chris Johnson to tie the game with an RBI groundout then letting Reed Johnson put Atlanta ahead 2-1 with a single. Despite a hit batter and a walk being issued in the bottom of the ninth, the Mets could not rally and squandered a masterful performance by Gee.

The Mets will try to get even with the Braves at 7:10 PM tonight, continue the series at the same time tomorrow, then finish it at 12:10 PM on Thursday.