We dug into the archives and found this great old time picture. 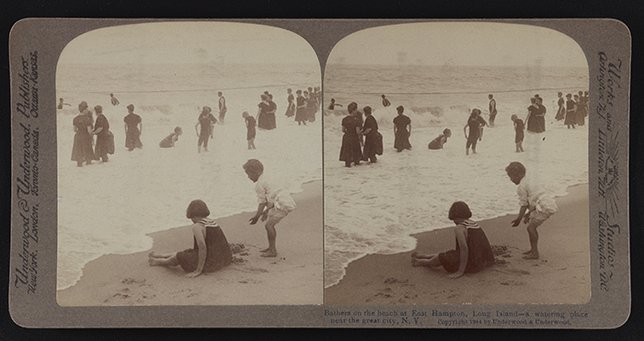 This 1904 image above shows people enjoying the beach in East Hampton at the turn of the 20th Century. The title of the image is “Bathers on the beach at East Hampton, Long Island - a watering place near the great city, N.Y.”

Near is a relative term in this case. Considering how long it takes to get from New York City to the Hamptons nowadays we can’t imagine that even without the bumper-to-bumper summer traffic that traveling to East Hampton was any less onerous back in 1904.