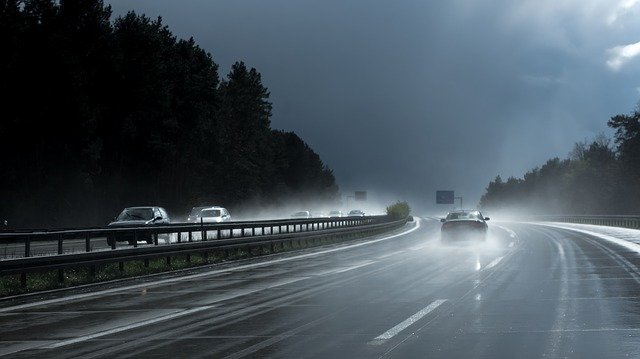 New York, NY - July 24, 2017 - New York is the top state in the nation in taking steps to reduce injuries and fatalities on its roadways, a recent report from the National Highway Traffic Safety Administration (NHTSA) says. No state has taken as many steps to curtail the number of crashes as the Empire State. As a result, New York had one of the lowest rates of traffic fatalities per 100,000 residents in the nation, according to 2013 data cited in the report.
“Here in New York, we are very proud of the aggressive approach we have taken to ensure that travel on our roads is safe for our residents, our children and our visitors,” said Terri Egan, Acting Chair of the Governor’s Traffic Safety Committee and DMV Executive Deputy Commissioner. “We were the first state in the nation to adopt a cell phone law, the first to adopt a motorcycle helmet law, and the first to adopt a seat belt law. New Yorkers have always taken the lead in traffic safety, and this report reaffirms that what we do is working.”
NHTSA’s detailed analysis looked at a host of steps states can take to make driving safer.
New York has implemented the following measures identified in the report:
New York State Department of Transportation Commissioner Matthew J. Driscoll said, “We are proud to lead the nation in the number of safety measures we’ve implemented on New York State’s roads and bridges, and we are constantly looking for new and innovative ways to further improve highway safety. In support of Governor Cuomo’s Complete Streets law, NYSDOT designs projects that take into account the safety and convenience of all travelers, including motorists, pedestrians, bicyclists, and transit users in each of our projects.”
The report placed New York among the top four states (including the District of Columbia) for the lowest number of fatalities per 100,000 residents based on 2013 traffic data. Ranking above 46 other states, New York had 6.10 fatalities per 100,000 residents.
The Empire State saw a drop in fatalities on its roadways last year, at the same time the number of fatal crashes rose nationally. Preliminary data taken from the Traffic Safety Statistical Repository (TSSR) for 2016 shows a decrease of approximately 10 percent in fatalities in New York State in 2016, compared to a 6 percent increase reported nationally.
“This report confirms New York’s leading role in taking measures to make driving, riding and walking in New York a safe and enjoyable experience,” Egan continued. “We will continue to do all we can to improve that experience for everyone who uses our roads.”
Last year, for example, New York matched its all-time high record for compliance with the seat belt law; 92 percent of New Yorkers regularly buckled up. It also marked the seventh consecutive year that seat belt use in the Empire State stayed at or above 90 percent.
This past November, Governor Andrew Cuomo announced $28.3 million in federal highway safety grants had been awarded to 550 programs throughout New York State to improve overall highway safety and reduce the number of fatalities and serious injuries resulting from motor vehicle crashes.
The state also engages in regular enforcement and public education campaigns targeting people who pass stopped school buses, fail to abide by the “move over” law and who drive distracted by cell phones, texting or other unsafe behavior.
Last year, the Governor’s Traffic Safety Committee (GTSC) received a national award for its program to assist Drug Recognition Experts in getting impaired drivers off the road. Law enforcement working with the New York State Department of Motor Vehicles (DMV) also regularly polices the use of false identification for underage alcohol sales, a danger if those drivers then take to the road.
“New York State’s highway safety program is among the most aggressive in the nation,” Egan said. “Through targeted enforcement and awareness campaigns, we will continue to work night and day to prevent motor vehicle crashes, keep dangerous drivers off the road, and reduce the severity of injuries suffered in crashes on the state’s roadways.”