After two men aboard a speed boat were ejected off the vessel on the Long Island Sound, the boat continued to run at high speeds with no one on board. There was a dramatic rescue, ... 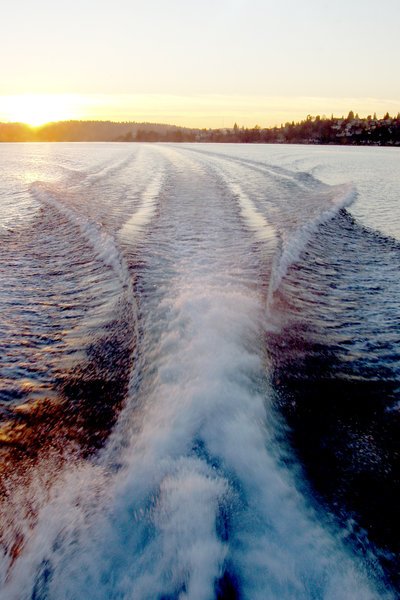 Around 7:45 p.m. on Friday evening, two men aboard a 24-foot Super Boat were ejected from it after driving through choppy waters at about 50 mph on the Long Island Sound. The men were left bobbling in the waves while the high-performance racing vessel continued to drive off without anyone on board.

The vessel continued to run between Connecticut and New York several minutes after the men were ejected when a call came in notifying authorities.

The Greenwich police received a call indicating there was a vessel speeding recklessly at a high rate.

Oyster Bay Constables headed en route to the scene and crew from the Huntington Harbor Master’s office, the Suffolk County Police Department and the Greenwich Marine Patrol were also following the situation closely, according to reporting from Patch.com. The United States Coast Guard was also involved in the collaborative effort to stop the speeding boat.

The two men bobbling in the water without life vests were rescued at about 8:10 p.m. with no serious injuries reported.

As emergency crews caught up with the speed boat, life jackets tied with lines were thrown towards the Super Boat in an attempt to tangle and stop its propellers. The attempt slowed the boat down to 20 mph as a team from Greenwich boarded the vessel and brought it to a stop.

The vessel was brought back to Roosevelt Park Marina in Oyster Bay.

Fortunately, the passengers were safely rescued and the Super Boat did not cause harm to anyone even with its ability to run in speeds of more than 70 mph. The Super Boat also had a full tank of gas.

No information has been made available at this time as to whether the two men will be charged for any violations.