A team of scientists has learned how to trigger firefly-like behavior in insects that would not naturally glow on their own. 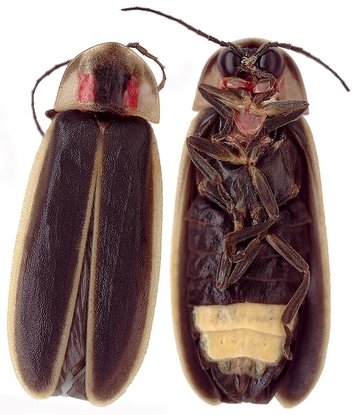 Along with warmer weather and a good excuse to hit the beach, summer brings all sorts of insect life to Long Island. Mosquitos, moths, wasps, cicadas and other bugs become the ire of many a resident, but for all the undesirable pests that come along there is also one species which brightens up the night. Fireflies have been capturing the attention of onlookers for generations, and the reason why they are able to produce their own source of light while other creatures cannot has been the source of a great deal of research in recent decades.

Headed by V.R. Viviani, a team of scientists recently published a report in Biochemistry on the discovery of a “luciferase-like” enzyme which explains exactly why most creatures cannot produce light like lightning bugs, glowworms, and certain species of jellyfish can. The enzyme, found in mealworm larvae, possesses many of the same traits as bioluminescent enzymes yet does not produce light itself; when Viviani’s team discovered and flipped a sort of structural switch, however, it produced light. An orange glow was emitted, marking the first time a luciferase was created from a distantly related enzyme with other metabolic functions.

The discovery goes further than satisfying the search for a missing link in bioluminescence, it could prove of great help in medical fields. Doctors already use bioluminescence to track illnesses such as cancer—by injecting luminescent agents into the body they can discover infectious diseases and other abnormalities –this research could lead to a greater understanding and capacity to manipulate the organic glow and subsequently learn more about the progression of various diseases. Afflictions would become easier to spot early on, and more effective treatments may even be developed.