Conklin Street, Site of Deadly Farmingdale Crash, to Be Reduced to Two Lanes

The road on which 5 teens lost their lives in a tragic May auto accident will have its traffic lanes reduced by half as part of a new safety measure. 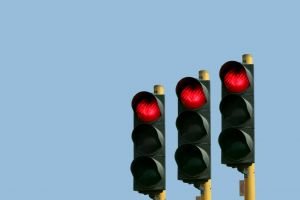 A major overhaul of Conklin Street (NY Route 24) in Farmingdale following the tragic deaths of five teenagers this past May. Governor Cuomo announced yesterday that the road, which currently bears four lines of traffic (two in each direction), will be reduced to have just one lane in either direction. An additional 15-foot wide two-way left turn lane will be made of the current inner two lanes.

Dubbed a “road diet,” the change in lanes is designed to force drivers to slow down by eliminating the presence of a passing lane.

“As the father of three young daughters who drive, I know firsthand the importance of keeping our roads safe,” Governor Cuomo said. “Implementing these safety precautions on Conklin Street will bring traffic speeds to safer levels and help reduce both the number and the severity of crashes in the area.”

The lanes will be repainted during a larger resurfacing project between the Meadowbrook Parkway and Route 110. Conklin Street will be restriped after paving has been completed; work is presently expected to finish by the end of November.

“I thank Governor Cuomo for working to make Conklin Street safer for drivers, pedestrians and bicyclists alike,” said Nassau County Executive Ed Mangano. “Throughout Nassau County, we are stepping up our education and enforcement initiatives as well as advancing Complete Streets projects that enhance safety on our local roadways.”

This is the second overhaul of Route 24 since a 2001 Nissan collided with a GMC Suburban in May. Five days after the accident, a safety measure was undertaken to install new radar technology on the road; when vehicles speed past radar detectors a signal is sent to the traffic light to turn red, forcing the speeding vehicle to come to a stop.

Speed Control Trailers, which alert drivers of their current speeds and encourage them to slow down, were also included as part of the original measure.

New York State Department of Transportation Commissioner Joan McDonald stated “Thanks to Governor Cuomo’s leadership, we are moving quickly to address safety issues along Conklin Street in Farmingdale. At the Governor’s direction, we will continue to monitor these safety enhancements and make adjustments as needed.”