Governor Cuomo: "By raising the smoking age from 18 to 21, we can prevent an entire generation of New Yorkers from forming costly and potentially deadly addictions." 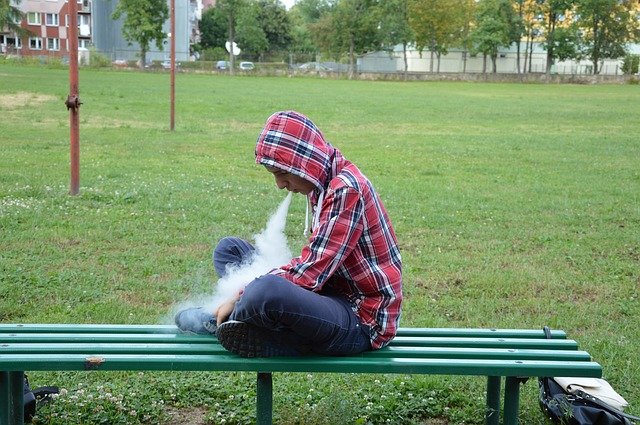 Governor Andrew M. Cuomo signed legislation (S.2833/A.558) to raise the minimum sales age for tobacco and electronic cigarette products from 18 to 21. Cuomo said that this builds on his efforts to combat health threats from tobacco and e-cigarette products. The bill will take effect 120 days after becoming law.
"New York is taking aggressive action to stamp out smoking among teens and children, but tobacco and e-cigarette use still persists thanks to irresponsible corporate marketing campaigns targeting young people," Governor Cuomo said. "By raising the smoking age from 18 to 21, we can stop cigarettes and e-cigarettes from getting into the hands of young people in the first place and prevent an entire generation of New Yorkers from forming costly and potentially deadly addictions."
Senate Majority Leader Andrea Stewart-Cousins said, "Tobacco use is harmful to New Yorkers and leads to cancer, major health problems, and death. Raising the age of purchase to 21 will help ensure fewer children start this deadly habit. I applaud Senator Diane Savino for sponsoring this legislation and working to help save New Yorkers from lifetimes of addiction and health problems."
Assembly Speaker Carl Heastie said, "The Assembly Majority is committed to protecting the health and well-being of New York State's youth. But too many kids are using addictive and dangerous cigarettes and e-cigarettes. Thanks to the hard work of bill sponsor Assemblymember Linda Rosenthal, this law will raise the legal age for tobacco products, keeping them out of our schools and helping improve the health, present and future, of our young people."
Senator Diane Savino said, "Thank you Governor Cuomo for signing this important piece of legislation today. As a former smoker, I know how addictive these products can be - but as a legislator, I know its good public policy to take every step to continue protecting our youth from these potentially dangerous products."
Assembly Member Linda B. Rosenthal said, "Big tobacco and its vaping industry cronies build their business by hooking young people on nicotine. Raising the statewide smoking and vaping age to 21 years old will help prevent a new generation of young people from getting hooked on nicotine. It will also ensure that young people cannot just travel to another county to purchase dangerous and highly addictive cigarettes or e-cigarettes. I thank Governor Cuomo for his continued partnership on this issue."
New York State has moved from the 18th healthiest state in the nation in 2012 to the 10th healthiest state in the nation in 2017. In 2017, Governor Cuomo expanded the Clean Indoor Air Act to prohibit e-cigarette use in nearly every workplace to protect workers and the public from harmful secondhand tobacco smoke and vaping aerosols.
Despite this progress, tobacco use continues to be the number one cause of preventable death in New York State. About 28,000 adult New Yorkers die every year as a result of smoking. Additionally, an increasing number of underage youth are using both traditional cigarettes and e-cigarettes. From 2014 to 2018 youth use of e-cigarettes increased by 160 percent from 10.5 percent to 27.4 percent and more than half of teens falsely believe that e-cigarette use is harmless.
Because tobacco use persists among youth and adults, New York State continues to prevent young adults from starting smoking. According to the Surgeon General, 88% of adult smokers started using tobacco before age 18 and 90% of the people who purchase cigarettes for minors are between the ages of 18 and 20.