Agreement is the Latest Effort to Curb Insider Trading 2.0, Practices that Result in Select Traders Obtaining Advantages Over the Rest of The Market 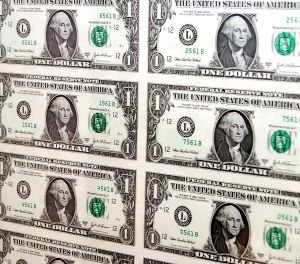 New York, NY - March 20, 2014 - Attorney General Eric T. Schneiderman today announced that Marketwired, a leading news distribution and reporting firm, has agreed to stop selling to high-frequency traders direct feeds of the information that Marketwired distributes on behalf of clients, a move that will end advantages to high-frequency traders. Today’s announcement follows a similar decision last month by Business Wire, a Berkshire Hathaway subsidiary, to stop providing similar market-moving data to high-frequency traders.
“My office is committed to ensuring a fair, stable, and transparent market,” said Attorney General Schneiderman. “High-frequency traders who drain the value out of market-moving information in the milliseconds before it becomes widely available to other investors erode confidence in our markets and skim from the rest of the investing public, which hurts the entire market.  This is another important step forward in bringing an end to Insider Trading 2.0. I applaud Marketwired for doing the right thing and strongly encourage other industry participants to follow their lead.”
Marketwired – headquartered in Toronto, Ontario, with offices in the United States and around the globe – operates an information distribution platform that is designed to help publicly traded companies distribute press releases and mandatory financial disclosures to members of the media and others in the financial community. This service assists Marketwired’s clients in complying with reporting obligations under securities laws in the United States and abroad. An important part of Marketwired’s commitment to its clients is to ensure that the information it disseminates is delivered to the entire market simultaneously.
By subscribing to Marketwired’s direct-data feeds, high-frequency trading firms were able to take advantage of the sub-second difference between the time when Marketwired released information directly to its subscribers and the time when various news aggregators were able to receive and deliver that information to the broader market. That time lag allowed high-frequency trading firms to trade on the information ahead of, and at the expense of, other investors. Eliminating that advantage helps restore fairness to the markets.
This agreement is part of Attorney General Schneiderman’s broader effort to crack down on those who exploit technology to gain an unfair and potentially illegal advantage in the marketplace.  Yesterday, Attorney General Schneiderman delivered a speech at New York Law School calling for regulators, stock exchanges, and other trading venues to curb arrangements that cater to high-frequency trading firms.
This is part of the Attorney General’s efforts to end Insider Trading 2.0 – the practice of providing preferred, technologically sophisticated traders with early access to market-moving information.  Last summer, Attorney General Schneiderman announced an agreement with Thomson Reuters to end its practice of selling early access to consumer confidence data to high-frequency traders.
In January, Attorney General Schneiderman also announced an agreement with BlackRock to end its global analyst survey program after an investigation revealed that a number of questions were worded to capture analysts’ views regarding management, competitive position, earnings, and other aspects of covered companies. The Attorney General’s Office determined that the design, timing, and structure of the surveys allowed BlackRock to obtain information from analysts that could be used to front-run future analyst revisions.
Last month, Attorney General Schneiderman announced that his office secured interim agreements with 18 financial firms – Merrill Lynch, UBS Securities LLC, Barclays Capital Inc., Citigroup Global Markets Inc., Credit Suisse Securities (USA) LLC, Goldman, Sachs & Co., J.P. Morgan Securities LLC, Morgan Stanley & Co. LLC, Deutsche Bank Securities Inc., Jefferies LLC, Stifel, Nicolaus & Company, Inc., Sanford C. Bernstein & Co., LLC, Keefe, Bruyette & Woods, Inc. (a division of Stifel), Thomas Weisel Partners (a division of Stifel), Macquarie Group, Vertical Research Partners, FBR Capital Markets & Co. and Wolfe Research – to discontinue or to continue refraining from the practice of responding to such surveys and to continue their cooperation with the Attorney General’s investigation into the early release of analyst sentiment. The firms have agreed to suspend participation in any survey worldwide that relates to companies listed on U.S. exchanges.
The Attorney General’s Insider Trading 2.0 initiative is led by the Office’s Investor Protection Bureau.