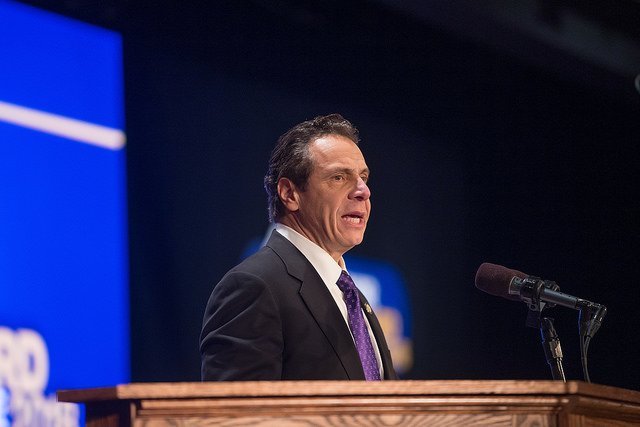 Albany, NY - February 8, 2018 - Governor Andrew M. Cuomo today announced $55 million in state grant funding has been awarded to counties statewide and the City of New York for enhancing emergency communications. This funding will enable local governments to expand their ability to communicate, exchange valuable data, and streamline information to enhance collaboration and assist first responders. The State Interoperable Communications Grant contributed $45 million to local governments, and the Public Safety Answering Points Operations Grant contributed an additional $10 million to localities for a total of $55 million.
"In an emergency, every second counts and these funds will help ensure our first responders have access to the best and most up to date communications equipment, enabling them to get the information they need to quickly respond," Governor Cuomo said. "These grants will bring up one step closer to a stronger, safer and more secure New York for all."
"Effective emergency communications are essential to a first responder's mission. Utilizing the latest technology will allow dispatch centers to quickly and efficiently respond to calls for help", said Roger L. Parrino, Sr., Commissioner of the New York State Division of Homeland Security and Emergency Services. "The Division, through its Office of Interoperable and Emergency Communications, will continue to help local governments invest in the latest technology so they can help our citizens in an emergency."
State Interoperable Communications Grant
The State Interoperable Communications Grant, administered by the Division of Homeland Security and Emergency Services, has awarded more than $300 million in six rounds to 57 counties and New York City. The Statewide Interoperable Communications Grant is formula based and funded by cellular surcharge revenue. The program has allowed counties to make vital improvements in the way first responders can communicate between each other and different regions of the state using land mobile radio systems.
Each county and New York City can submit applications to fund projects involving infrastructure, equipment, and technology upgrades. The grant is administered by the state Division of Homeland Security and Emergency Services.
Eligible counties can use this funding for a variety of functions, including expanding radio coverage by installing new equipment at towers and antenna sites, implementing Next Generation 911 technologies and standards, setting up communication channels among public safety radio systems, consolidating emergency services dispatch centers, supporting the operations of public safety dispatch centers, and deploying new technology that help counties link their systems together. Additionally, this funding will support training and exercises to promote efficient inter-regional communications, cooperation, and overall first responder readiness.
The fiscal year 2017 State Interoperable Communications grant awards are below: 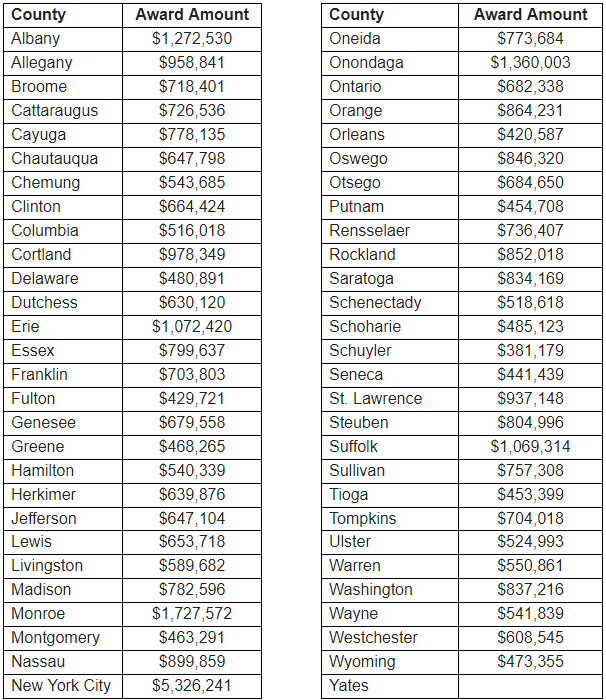