7-Year-Old Had Drugs in Her System, Fell from Window

The girl allegedly had cannabis, methadone and amphetamines in her system when she plunged six stories. 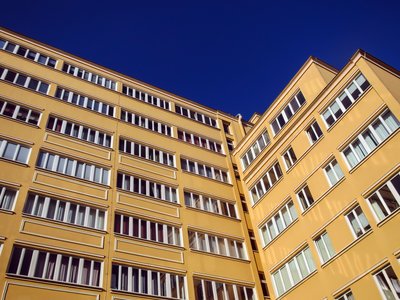 A 7-year-old girl allegedly had cannabis, methadone and amphetamines in her system when she fell six stories from an apartment window in Brooklyn. According to an anonymous source that spoke to the New York Times, officials found out about the drugs after doctors performed medical tests.

The girl, whose identity has not been released by police, fell from the window on Wednesday. She suffered injuries to her lungs, brain and pelvis. She was originally admitted to Lutheran Medical Center in Brooklyn, but was later moved to Long Island Jewish Medical Center. Officials last said that the girl is in stable but critical condition.

The girl is apparently from Florida, and had been living with her stepmother, 19-year-old Diana Metellus, at the Gravesend housing project in Coney Island. Neighbors said that she had run away from her stepmother on Wednesday and was returned by police.

The girl was found on the lawn outside of the apartment by a neighbor. The neighbor said that she yelled to Martellus after she saw the girl lying down injured. Martellus came out of her apartment hysterical and in tears.

Metellus is originally from New York, and has been living in Florida with the girl’s father. They were staying in the Gravesend housing project to visit Metellus’ mother. The girl’s father came to New York after the fall.

Police have not made any arrests in relation to the incident. The girl - along with Metellus’ 1-year-old son - has been remanded into the care of the New York City Administration for Children’s Services. A spokesperson from the agency stated that it is standard procedure for them to take custody of any child “at risk of imminent harm.”

Police are still investigating what happened, and there is no word as to how a 7-year-old got her hands on three types of narcotics. It is unclear if Martellus, or her mother, will be held responsible.