Despite damages after Superstorm Sandy, Coney Island was able to open on schedule. 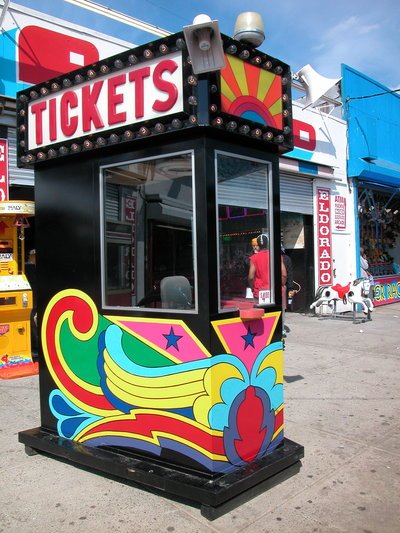 Superstorm Sandy caused astronomical damage to the New York City and Long Island area. Businesses and houses are still struggling to rebuild months after the storm first hit, but one New York City staple has managed to overcome the damage.

The official opening also included the 29th annual “Blessing of the Rides” at Deno’s Wonder Wheel Park, as well as the “Egg Cream Christening” at the Cyclone roller coaster.

The Wonder Wheel was free of charge on Sunday, while the Cyclone offered free rides to the first 100 people in line. Nathan’s also had their qualifier for the annual July 4th hot dog eating contest on Saturday at their temporary spot near the boardwalk.

This year, Coney Island’s opening ceremonies mean more that just traditions and ribbon cuttings. To an area that was ravaged by Superstorm Sandy, Sunday was proof that this community can overcome the damages – both physical and emotional – caused by the storm.

Just five months ago, Luna Park was under more than five feet of water. All of the rides had to be replaced after the storm, and the entire amusement area power-washed as part of the clean-up efforts.

Although Coney Island is open, some community leaders want to draw attention to the fact that there is still a lot of work left before recovery is complete. Some even went so far as to protest Sunday’s opening. The planned protest was due to the fact that rides and amusement attractions were the first to get fixed, while libraries, the post office and other local community centers still need repairs.

The 2013 season may have kicked off for Coney Island, but some other famous New York City landmarks may not be as lucky.

Just a few days before Markowitz and Schumer cut the ribbon in Brooklyn, it was announced that Ellis Island will likely not be reopening this year. The popular destination is still undergoing extensive repairs after Sandy brought eight feet of flood water to the island. The artifacts that make up the Ellis Island museum were unharmed, and had to be moved.

Ellis Island’s neighbor, the Statue of Liberty, is also undergoing repairs. However, officials stated that Lady Liberty is expected to be open for the fourth of July.

Despite the controversy and continued recovery efforts throughout the city, families will be able to enjoy the rides and attractions that make up Coney Island.