State Supreme Court Justice Fernando Camacho today ruled that there will be a limited release of grand jury minutes for review by defense attorneys. 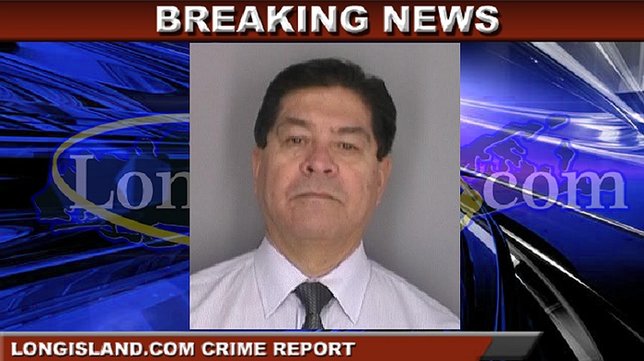 Pictured is chauffer Carlos F. Pino, 59, of Old Bethpage, who pleaded not guilty to four charges of criminally negligent homicide, four counts of assault, failure to yield the right of way, reckless driving and other traffic law infractions.

Justice Fernando Camacho, at a court conference for chauffer Carlos F. Pino of Old Bethpage, said allowing the defense to review the grand jury testimony of eyewitnesses and a person who worked on the crash reconstruction will give the defendant’s attorneys an opportunity to cite testimony instead of relying on assumptions in defending their client.

Pino. 59, has pleaded not guilty to four charges of criminally negligent homicide, four counts of assault, failure to yield the right of way, reckless driving and other traffic law infractions.

The driver of the truck that hit the limousine, Steven Romeo of Peconic, is charged with driving while intoxicated and driving while impaired.  Citing the data from the reconstruction of the crash, and witness accounts, District Attorney Spota the crash was unavoidable for Romeo because the crash reconstruction established he could not see the limousine enter the intersection until he was 200 feet away.  DA Spota said Romeo would have needed 263 feet to stop or miss hitting the limousine.

Justice Camacho said today that after reviewing the minutes of the grand jury investigation, he found that the grand jurors were properly instructed about a 2006 Court of Appeals case that dismissed a criminally negligent homicide charge against the driver of a Lincoln Town Car involved in a fatal Brooklyn crash.   Defense lawyers last month filed a motion to dismiss the charges against Pino based on the Brooklyn case.

In announcing Pino’s indictment earlier this year, District Attorney Spota said the limousine driver “failed to take any precaution or any action to make sure he could safely enter the westbound travel lanes” of Route 48.