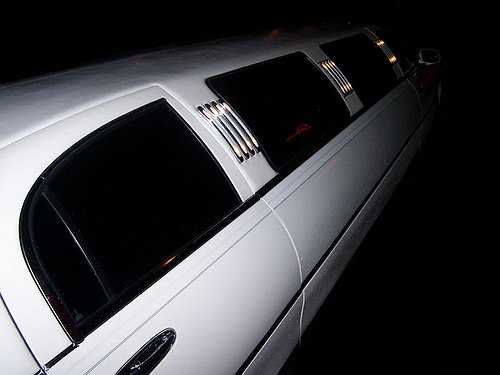 Albany, NY - August 3, 2015 - U.S. Senator Charles E. Schumer, today, urged the National Highway Traffic Safety Administration (NHTSA) and the U.S. National Transportation Safety Board (NTSB) to immediately upgrade safety standards on stretch limos and other aftermarket altered motor coaches to better protect passengers and make the vehicles more crash resistant. Schumer’s call comes in the wake of a tragic limo crash on Long Island that killed four innocent young women and injured others. Currently, there are significant gaps in the safety standards required for stretch limos and other similar aftermarket altered motor coaches. Often times, secondary market manufacturers alter limos after they’ve been produced by the vehicle’s original manufacturer. These secondary market changes may be superficial changes to the vehicle or may be more drastic; for instance, changes may include adding length to the vehicle chassis, blocking or removing emergency exists, changing the vehicle’s weight or changing the vehicle’s seating positions which can impact its occupancy limitations. Therefore,  many stretch limos may lack certain basic safety features like the necessary number of side impact air bags, reinforced rollover protection bars, structurally sound frames and accessible emergency exists that can aid passengers and first responders in the event of a crash.

Schumer pointed to a recent number of limo crashes that could potentially have been mitigated if stronger safety requirements had been implemented. For instance, in 2013 a limo traveling on a bridge in San Francisco caught fire and passengers were trapped without an accessible exit. And, in June 2014, a limo bus and a tractor trailer collided, killing one passenger and injuring two, including the well-known comedian Tracey Morgan. Schumer today demanded that NHTSA and NTSB test stretch limos to identify major weaknesses and propose a new set of limo safety standards. Schumer said that it’s time for the feds to address structural flaws in stretch limos that so many people use every year at weddings, proms, and other special occasions. Schumer said it is terribly distressing that many passengers don’t even realize the risk they are taking when riding in a stretch limo that often offers limited protections.

Schumer further explained, “When a limo or bus actually leaves the manufacturing floor, it has passed all of the required federal tests necessary to protect drivers and passengers. “However, these same limos are often taken to aftermarket shops where they are stretched, modified or changed, leaving safety standards at risk and both drivers and passengers in danger. It’s clear that stretching a limo can put the wheels in motion for a terrible tragedy.”

Specifically, Schumer is pushing the National Highway Traffic Safety Administration (NHTSA)to issue new rules on stretch limos in order to make them safer. Currently, the NHTSA does not treat all limos equally. There are significant gaps in secondary market limo safety requirements. Schumer said that because these limos are often made unsafe during secondary market alterations, where both superficial and large structural changes to the vehicle might occur, the NHTSA has both a right and an obligation to step in. Schumer adds that these alterations can change how the vehicle preforms both on the road and in an accident, often dramatically. He said there seems to be little, if any, oversight or minimum safety standards for how these alterations should be crash tested and will push for the NHTSA to make this issue a top priority.

Schumer also pointed out, according to limo industry figures, 1 in 4 accidents involving stretch limos are side impacting. Despite this fact, side airbags and other protections are requirements left absent during the secondary alternation of limos.

Therefore, Schumer also is urging the National Transportation Safety Board (NTSB) to begin investigating stretch limo crashes on the ground to determine what might have gone wrong and start making recommendations for safety improvements. In his personal letter to NTSB, Schumer again points out the dangers and murky standards involving different variations of the limo. Schumer wants to NTSB to take a more active role in limo crashes across the U.S. in an attempt to gather data that can be used to drive forward new changes within the industry. Schumer said it is critical for any proposed changes to be based off of facts and that the only way to get the answers necessary to enact new or additional federal standards is for the NTSB to visit more crash sites personally

Schumer’s letters to NHTSA Administrator Rosekind and NTSB Chairman Hart both appear below:

I write to express serious concerns about the safety and oversight of stretched limousines and other similarly altered motor coaches. Currently there are significant gaps in the safety requirements for stretched limousines because the alternations are often made by secondary manufacturers and not by the vehicle’s original manufacturer. These secondary market alterations are often more than just superficial changes to the vehicle, they can include adding significant length to the vehicle’s chassis, blocking or removing emergency exits, significantly changing the vehicle’s weight and occupancy limitations and other similar changes. Despite the fact that these alterations can dramatically change how the vehicle preforms in an accident, there seems to be little, if any, oversight or minimum safety standards for how these alterations should be made. Therefore, I urge you to work in tandem with the National Transportation Safety Board (NTSB), to develop new requirements for secondary alterations of limousines and other similar motor coaches.

As you know, limousines are frequently used for weddings, proms, birthday parties, and other special events. When consumers rent these vehicles they have a reasonable expectation that the vehicle is safe and has been tested and approved by safety experts and regulators. However, given the current gap in regulations, often times the vehicles that are being rented are significantly different from those that were originally reviewed by the National Highway Traffic Safety Administration (NHTSA). As a result, the vehicle can lack certain basic safety features like the necessary number of side impact air bags, reinforced rollover protection bars, structurally sound frames, and accessible emergency exits that can aide both passengers and first responders in the event of an accident. For example, in May of 2013 a limousine traveling on a bridge over the San Francisco Bay caught fire and passengers were trapped without an accessible exit, as a result five of the nine passengers were killed. Accidents like this have become far too common, and in some situations the destruction they cause could have been mitigated simply by implementing stronger safety requirements for secondary modifications and stricter enforcement of those standards.

Given NHTSA’s important role in ensuring the highest standards of excellence in motor vehicle and highway safety, I urge you to immediately begin a review of secondary market modifications to limousines and motor coaches, and where appropriate issue new and expanded safety standards. Until the crash worthiness of altered limousines and motor coaches is improved, deadly accidents like the one that claimed the lives of four young women on Long Island on July 18th will occur far too frequently.

The National Transportation Safety Board (NTSB) is our nation’s premier safety agency and has done a remarkable job over the years in identifying gaps in our nation’s safety requirements. I write to urge you to once again review a pressing safety matter, specifically the crash worthiness of altered limousines and motor coaches. As you know, secondary market manufactures routinely make significant changes to limousines that can have a direct impact on their performance in an accident. These changes can include everything from lengthening the body of a limousine to blocking access to important exits, and can have a direct impact on the safety of the passengers on board. Therefore, I urge your agency to conduct a top to bottom review of the safety of common secondary market alterations, and where necessary issue recommendations to improve safety.

I understand the NTSB is currently investigating a motor coach accident that occurred in Cranbury, NJ in June of 2014 and I applaud your work to date on that accident. However, I would urge you to go further, and begin deploying investigative teams to other motor coach accidents. Specifically accidents involving stretched limousines. These limousines are often lengthened by as much as 120” and yet do not always include additional side impact airbags, rollover protections, and reinforced frames. As a result, these altered limousines can perform much differently in crashes than the typical limousine and can pose a much greater risk to passengers.

Given how common these stretched limousines have become, and because there is relatively little information available about how they perform in a variety of crash scenarios I urge you to make full and thorough investigation of the issue. Recommendations from your agency can help guide both the National Highway Traffic Safety Administration (NHTSA) and States on how to better regulate the safety of stretched limousines.