Governor Cuomo Cracks Down on Texting and Driving For Newer Drivers

Cuomo is asking police to keep their eyes open for texting drivers. 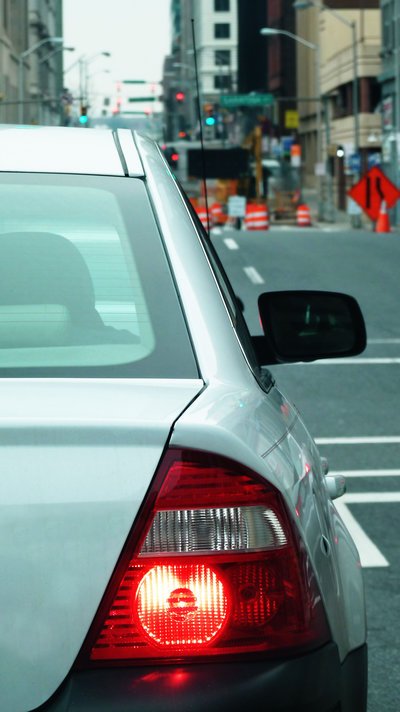 Starting this weekend Governor Andrew Cuomo is urging New York State police to be on the look out for new drivers who are texting and driving. He’s also instructed the Department of Motor Vehicles to implement harsher penalties for anybody caught in the act. This is the beginning of stricter enforcement which will have a summer of check points and more police on the road.

“As the father of three teenagers, I know firsthand the importance of instilling safe practices in our young drivers who are developing lifelong habits as they learn to navigate the road,” The Governor said in a press release. “Inattention and inexperience is a deadly combination – one this legislation seeks to deter. We are urging young and inexperienced drivers to keep their eyes on the road and hands on the wheel, while putting stronger penalties in place for drivers of all ages who violate the law and put others in danger. No parent should have to experience losing a child at the hands of a text message.”

With the rise of the smart phone, distraction related crashes have increased by 143% between 2005 and 2011 in New York. According to New York State Assemblymen David Gantt, texting and driving caused the death of eleven teens a day in 2012. In 2011 there were 24,165 crashes that resulted in either a fatality or injury. Only 4,628 were as result of being impaired by alcohol.

With such high statistics, Governor Cuomo's already harsh penalties will get harsher. In 2012 there were 30,166 tickets issued for texting and driving. The number of tickets given out increased by 234% between 2011 and 2012. Under the current law, anybody with a probationary and junior license will have it suspended for 60 days if they’re caught speeding, driving reckless, or driving too close behind someone. Repeat offenders will have their probationary licenses revoked for six months and their junior licenses will be suspended for 60 days. Texting will now be added to these list of reasons a license is suspended or revoked. All other licenses are not in danger of being suspended or revoked but instead the drivers will be given five points.

According to the Center of Disease Control there are three types of distractions that happen while texting and driving. One is a "visual" where you take your eyes off the road, the other is "manual" by taking your hand off the wheel, and the last is "cognitive" by not paying attention. While texting, a driver’s eyes are off the road for 4.6 seconds which equals out to the length of a football field according to the Virginia Tech Transportation Institute.

“To say smartphone-driving impairs you to the level of a drunk driving is almost cliché nowadays.” Says Ben Lieberman, Co-Chair of Distracted Operators Risk Casualties. “Most motorists know that drunk-driving comparison and truly believe the stat. You don't need an academic study to prove that if you take your eyes off the road, you are more likely to crash. Yet the behavior continues and traffic casualties are increasing rather than decreasing. Thank you Governor Cuomo for treating this epidemic with urgency and common sense. Legislation that will deter this destructive behavior is badly needed and we are grateful for your passion and determination.”