The Mets won a 16 inning marathon last night, and the Yankees failed to rally after falling behind Kansas City. 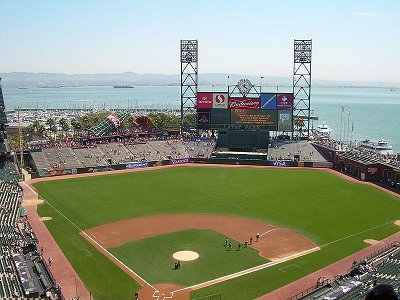 Mets Notch Another Win After 16 Innings

The Mets took advantage of errors and overall poor play by the Brewers in Friday’s series opener, but they were not so fortunate with Shaun Marcum pitching on Saturday. Marcum started the game by giving up an RBI single in the first inning, then allowed 2 more runs to score in the second and a homerun in the third. Milwaukee tacked on 5th run in the fourth inning before the Mets’ offense offered any production.

John Buck homered to kick off the fifth inning, and Daniel Murphy doubled in a run later in the inning. Buck singled in the sixth, driving Ike Davis and Kirk Nieuwenhuis home and cutting the team’s deficit to 5-4. The Brewers knocked Marcum out of the game in the bottom of the inning with a run scored on a sacrifice bunt coupled with a Murphy catching error.

Marlon Byrd brought the game back within 1 on a sacrifice fly in the seventh only for Milwaukee to score again in the bottom frame, going ahead 7-5. Byrd struck again in the ninth, bringing the score up to 7-6, but the Mets could not complete the rally and fell by that score.

With Hefner on the mound for Sunday’s rubber game, the Mets scored first in the fourth inning on an Andrew Brown single. Later in the sixth, Byrd singled on a groundball to third and advanced to second base on a throwing error. He would reach home on Josh Satin’s ensuing double, putting New York ahead 2-0.

Hefner gave up a homerun to start the bottom of the seventh, but retired the next three batters. He was taken out at the start of the eighth, and Bobby Parnell came in midway through the inning after Josh Edgin allowed a single. Parnell closed out the inning and the game, earning his 15th save as Hefner got his 4th win and the Mets came out on top, 2-1.

Matt Harvey started the game as the Mets travelled to San Francisco last night, where he gave up a 2-run homer to Buster Posey in the first inning. Harvey settled down afterwards, however, keeping New York in the game long enough for John Buck to cut the lead down to 1 on an RBI double in the fifth.

After a leadoff triple from Eric Young in the sixth, the Mets took advantage of sloppy defensive play from the Giants to take the lead. Murphy drove in Young on a single and would later score on an Ike Davis groundout to put New York ahead 3-2.

Harvey gave the lead away in the seventh; following a leadoff triple off the bat of Hunter Pence, Brandon Crawford picked up an RBI single to the game 3-3. That score held as the bullpen took over for the last two innings of regulation, and then well into extras. The Mets finally broke through in the 16th when a Crawford error allowed Anthony Recker to safely reach first and Eric Young to come home. Bobby Parnell came on in the bottom of the inning and earned his 16th save as New York won 4-3.

The Mets will play the Giants again tonight, at 10:15 PM.

Yankees Fall to Fourth in East

The Yankees were looking to take 2nd place in the AL East away from the Orioles on Saturday, but ran into some trouble early on when Andy Pettitte gave up a 2-run homer in the first inning. He allowed another run to score in the second before Luis Cruz singled in a run in the bottom frame. Eduardo Nunez let everyone know he was back from the DL with a sacrifice fly, cutting Baltimore’s lead down to 3-2.

The Orioles hit Pettitte for another run on a single in the fourth, however, a pair of back-to-back RBI singles from Ichiro Suzuki and Robinson Cano tied the game at 4 apiece in the bottom of the fifth. Nunez put Andy in position to win with an RBI single of his own in the sixth, and Pettitte and the bullpen blanked Baltimore over the next three innings. Mariano Rivera came out to earn his 29th save, Pettitte got his 6th win, and the Yankees won 5-4.

With six straight wins under their belts, the Yanks hoped to pay the O’s back for the series sweep and fifth straight loss that had been dealt a week prior. They got off on the right foot with a Nunez sac. fly in the second inning to put New York up 1-0. The team’s offense stalled after that, but Hiroki Kuroda needed little support as he pitched 7 scoreless innings and David Robertson worked a 1-2-3 eighth. Their 1 run lead intact, the Yanks sent Mariano Rivera to the mound to close out the game, but after allowing a single he gave up a homerun to Adam Jones. Unable to rally in the bottom of the inning, the Yanks lost 2-1 as Rivera blew just his second save of the season.

The Yankees welcomed the Royals to the park for the start of a 4-game set last night. Phil Hughes let 2 runs score in the second inning—the first on a Billy Butler solo shot and the second on an RBI double—but settled down afterwards.

A rain delay in the middle of the game cut Hughes’ start short, preventing his return in the fifth, though the bullpen did hold on until the seventh inning when another RBI double put Kansas City ahead 3-0. Lyle Overbay came on in the bottom of the inning as a pinch hitter and launched a ball into the stands to put New York on the scoreboard. KC scored twice more in the top of the ninth and, though the Yanks attempted to rally with the bases loaded and no outs in the bottom half, Greg Holland struck out Nunez, Gardner, and Almonte. The game ended in a 5-1 loss for the Yankees.

Having scored only 2 runs in the last 20 innings, New York remains half a game behind Baltimore and has fallen to 4th place in the AL East as Tampa Bay has pulled into 2nd. They will try to regain some ground at 7:05 PM tonight.