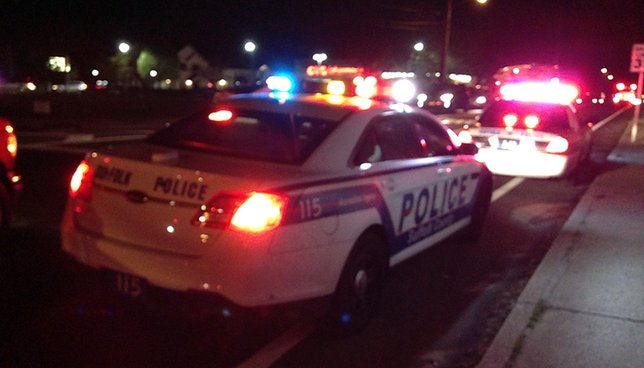 Suffolk County Police Seventh Squad detectives are investigating a crash that seriously injured a motorcyclist in Manorville on Sunday, July 7.
Joseph Carpinella was operating a 2018 Ford Fusion eastbound on Moriches-Middle Island Road at approximately 12:30 p.m. when he failed to stop at a four-way stop sign and hit a 2012 Toyota SR5 being driven northbound on Weeks Avenue by Thomas Bisagni. The Ford spun in the intersection and struck a 2017 Harley Davidson being operated by John Liebegott, heading westbound on Moriches-Middle Island Road.
Liebegott, 60, of Riverhead, was taken via Suffolk County Police helicopter to Stony Brook University Hospital for treatment of serious but not life-threatening injuries. Bisagni, 48, of Shirley and Carpinella, 79, of Ronkonkoma were not injured.
All three vehicles were impounded for safety checks. Detectives are asking anyone with information on the crash to call the Seventh Squad at 631-852-8752.
A criminal charge is an accusation. A defendant is presumed innocent until and unless proven guilty.