Acting Nassau County District Attorney Madeline Singas announced that a Hempstead man was sentenced to up to life in prison today for his involvement in the violent assault of an Amityville man in 2012. 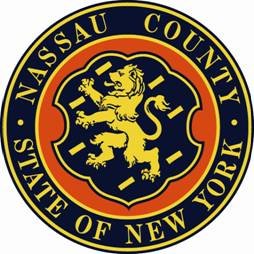 Mineola, NY - July 6, 2015 - Acting Nassau County District Attorney Madeline Singas announced that a Hempstead man was sentenced to up to life in prison today for his involvement in the violent assault of an Amityville man in 2012.

Robert Dixon, 51, of Hempstead, was sentenced to 20 years to life in prison by Nassau County Supreme Court Justice William Donnino. In January, Dixon was found guilty by a Nassau jury of Assault in the 1st Degree (a B violent felony), one of the top charges he faced, at the end of a nine-day trial. The jury, which acquitted Dixon of two robbery counts, deliberated for about 90 minutes before reaching its verdict.

“This defendant took part in a brutal attack in which the victim was outnumbered, held in a chokehold, and viciously assaulted,” Acting DA Singas said. “Thanks to the good work of medical responders, police and prosecutors, the victim survived and this defendant will be locked up for a very long time.”

Acting DA Singas said that on July 13, 2012 at 3:45 a.m., Dixon and his co-defendant, Wayne Speaks, 48, of Uniondale, assaulted an Amityville man after a dispute with a woman in a Freeport motel room. Dixon put the victim in a chokehold while Speaks slashed the victim, causing lacerations to his lip, leg, and forehead. Dixon then knocked out the victim’s front teeth with an object that appeared to be a gun. The victim was later transported by ambulance to South Nassau Community Hospital for treatment of his serious injuries, which left lasting scars.

Speaks pleaded guilty in November 2014 to assault, weapons, and robbery charges during a trial before Nassau County Court Judge Meryl Berkowitz. Speaks was sentenced on Jan. 9 by Judge Berkowitz to nine years in prison.

The woman, Wendi Seletsky, 31, of Hempstead, pleaded guilty to Assault in the 2nd Degree (a D felony) in March and, after violating probation, was given a three-year prison sentence.