The effort comes as the Trump Administration has proposed rolling back or eliminating programs to reduce pollution and promote clean, efficient, renewable energy sources. 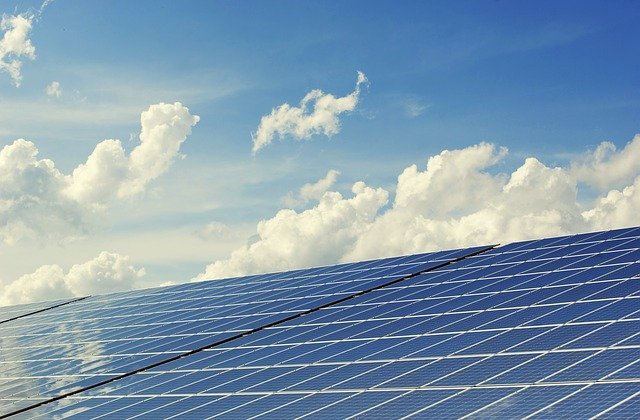 Environment New York advocates the transition from dirty fuels to clean sources such as wind and solar.

Long Island, NY - June 23, 2017 - Environment New York Research & Policy Center is deploying dozens of door-knockers this summer in a major effort to educate New Yorkers about the prospects for shifting to 100 percent clean, renewable energy.
Part of a national campaign to reach more than 1.5 million Americans, outreach staff from our office in New York City will distribute literature to more than 120,000 New Yorkers, reinforcing that America can, and must, transition from dirty fuels to clean sources such as wind and solar.
“For years, we’ve been told that pollution from dirty fuels we’ve used to meet our energy needs was the price we had to pay for progress,” said Heather Leibowitz, Director of Environment New York. “Those days are over. Now, we can forge ahead, emboldened by the growing numbers of people who know that 100 percent renewable energy is as feasible as it is necessary.
The effort comes as the Trump Administration has proposed rolling back or eliminating programs to reduce pollution and promote clean, efficient, renewable energy sources.
Contrary to actions by the Trump Administration and Congress, dozens of major corporations ranging from Apple, to Coca Cola, to Walmart moving forward with plans to shift to 100 percent renewable energy.  Thirty cities; including, San Diego, CA; Georgetown, TX; and St. Petersburg FL have made similar commitments.
“Relying on fossil fuels is polluting our air, water and land and harming our health and it’s changing our climate even faster than scientists predicted” said Leibowiz. “What’s needed is a total transformation in how and where we get our energy”
Last year, Environment New York Research & Policy Center reviewed seven  studies on clean energy systems conducted to date -- by academics, government agencies and nonprofit organizations – suggesting there are no insurmountable technological or economic barriers to tapping the country’s vast potential to achieve 100 percent renewable energy.  According to the National Renewable Energy Laboratory, we could meet our current electricity needs 10 times over with just solar energy and another 10 times over with just wind energy.  Our buildings could use 50% less energy if we made them more efficient. And, every day technologies advance in ways that makes the job even easier.
“With virtually unlimited reserves of renewable energy, getting to 100 percent renewable energy is 100 percent necessary and 100 percent possible,” said Leibowitz.  “The time to act is now.”
For more information go to: EnvironmentNewYorkCenter.org.
Environment New York is a state-wide, citizen-based environmental advocacy organization working for clean air, clean water and open space.