While less than 8 percent of all car dealerships across the nation are owned by women, co-owner Patricia Ignarro is getting ready for a very - busy - summer. 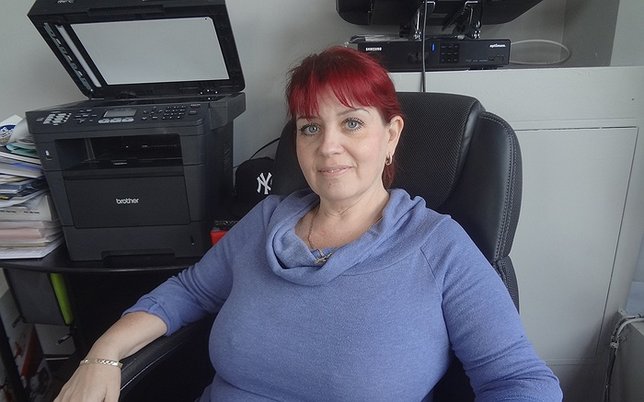 Medford, NY - June 14, 2018 - While technically open for business as of this writing, Route 112 Superstore of Medford – a new pre-owned vehicle dealership that puts great customer service over making a quick buck – will be holding their Grand Opening event this Saturday, June 16th, at which time they'll be offering visitors food, music, face painting for kids, and a number of other celebratory activities in order to introduce themselves to the community.
Route 112 Superstore represents something of an oddity in the world of pre-owned vehicle sales; a dealership co-owned and operated by a woman in an industry that is otherwise near-completely dominated by men. But according to co-owner Patricia Ignarro of Central Islip, she’s always been a hard-working go-getter throughout her life…no matter what her job title was.
Before getting into the car industry, Ignarro resided in Connecticut and worked in the mental health field for 10 years, after which she moved back home to New York with her children; however, due to different licensing requirements in New York State, she was unable to continue in the nursing field. It was then that her sister, who was working at a car dealership at the time – a field that the vast majority of her family is involved in – invited Ignarro to try her hand at something new. 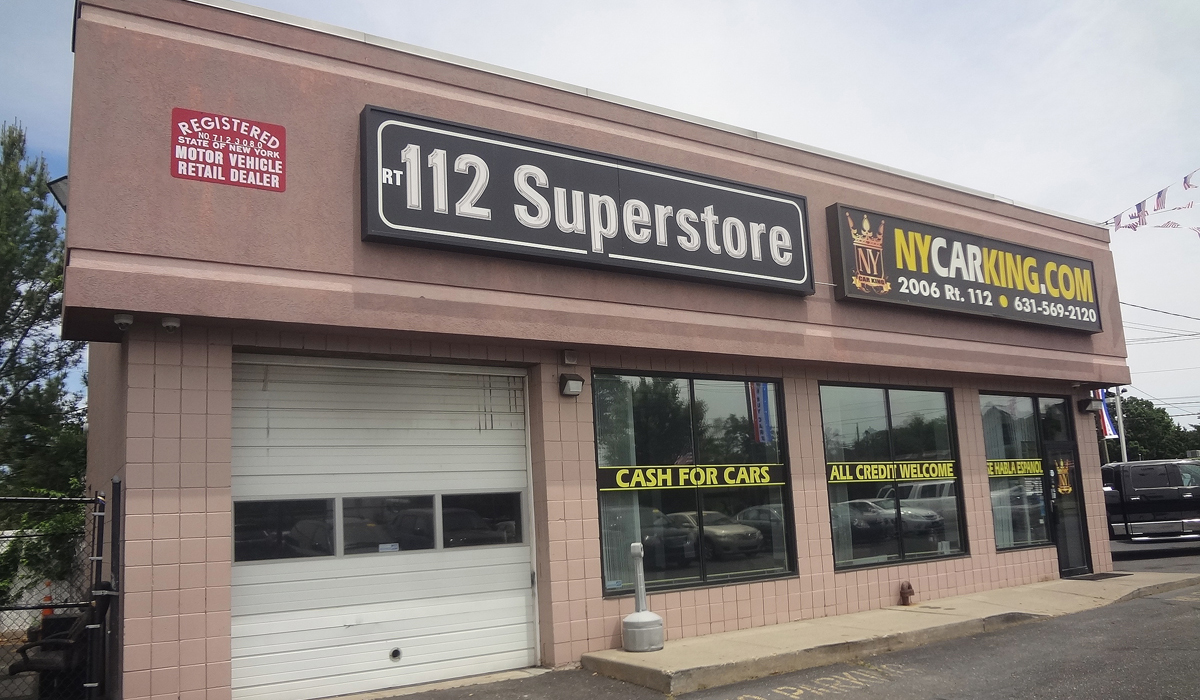 Route 112 Superstore is a pre-owned car dealership located at 2006 NY-12 in Medford. Photo Credit: Chris Boyle
Ignarro, however, said she wasn't immediately convinced that this new career path was a good idea.
“I spoke to the dealership owner, and he hired me as a biller. But within a week, he said that I was very overqualified for the job, and instead suggested that I try my hand at being a salesperson,” she said. “My immediate reaction was, ‘I can't sell cars to people, I don't like lying to people or talking to people like that…I really don't want to do it.’ But he insisted that I would be great at it, so I said ‘okay’ and went on to the sales floor.”
As time went by, Ignarro grew into her work and changed dealerships a handful of times, eventually becoming an ace car salesperson. However, there were still certain aspects of the job that she said she wasn't comfortable with, mostly involving having to constantly give customers the so-called “hard sell.” This all changed when she began working for a dealership called Auto Expo in Great Neck; starting as a personal assistant, she immediately impressed her boss with her keen organizational skills and hard-working, 'can-do' attitude. As before, it was suggested that Ignarro’s skills would be better utilized as a salesperson, and when she expressed her discontent with some of the stereotypical, underhanded sales tactics associated with that job, her boss assured her that this wouldn't be the case at his dealership. 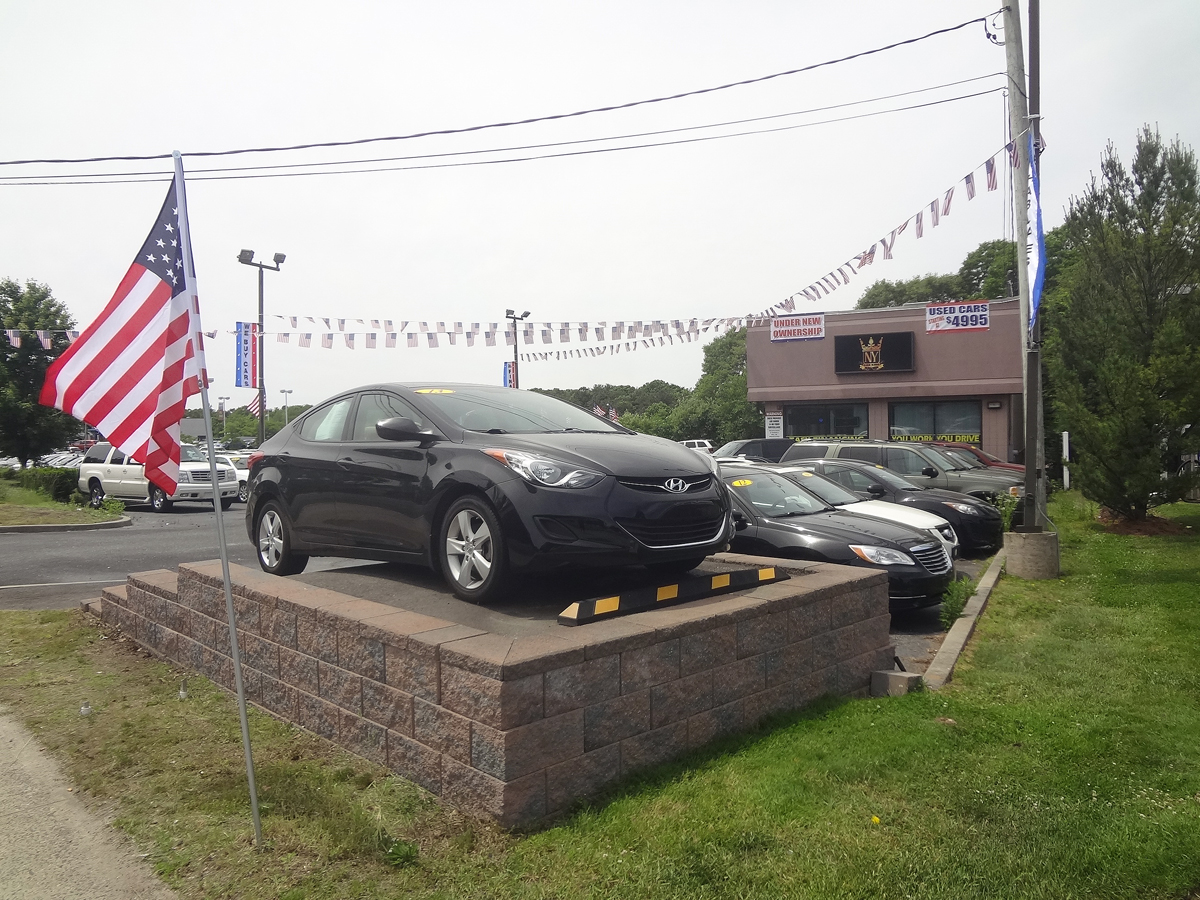 Route 112 Superstore boasts an inventory of high-quality vehicles, with many of them are priced under $10,000. Photo Credit: Chris Boyle
“I told him I didn't want to lie to our customers, and he said ‘here, you don't have to.’ He told me to just tell customers exactly what it was they needed to hear and that I’d do fine,” she said. “From there, I became their highest-volume sales person five years in a row. I was a beast with it, but I didn't sleep, I worked 6 days a week, and I always stayed late whenever it was needed.”
The money was rolling in, but it also got Ignarro thinking that if she was making this much as a salesperson, what would she be taking in if she actually owned a dealership herself? From there, she began picking the brain of her boss for details on every aspect of the pre-owned car business with the hopes of one day striking out on her own, and running her business her own way.
About a year ago, Ignarro felt she was finally ready, and begin searching for the right dealership. The road to this point was difficult, as typically car sales is a male oriented endeavor; she noted that the demands of family life often preclude women from getting to the upper echelons of the business. However, with her drive and determination – in addition to her willingness to sacrifice – she was not only able to become the equal of her male counterparts, but in many ways exceed them. 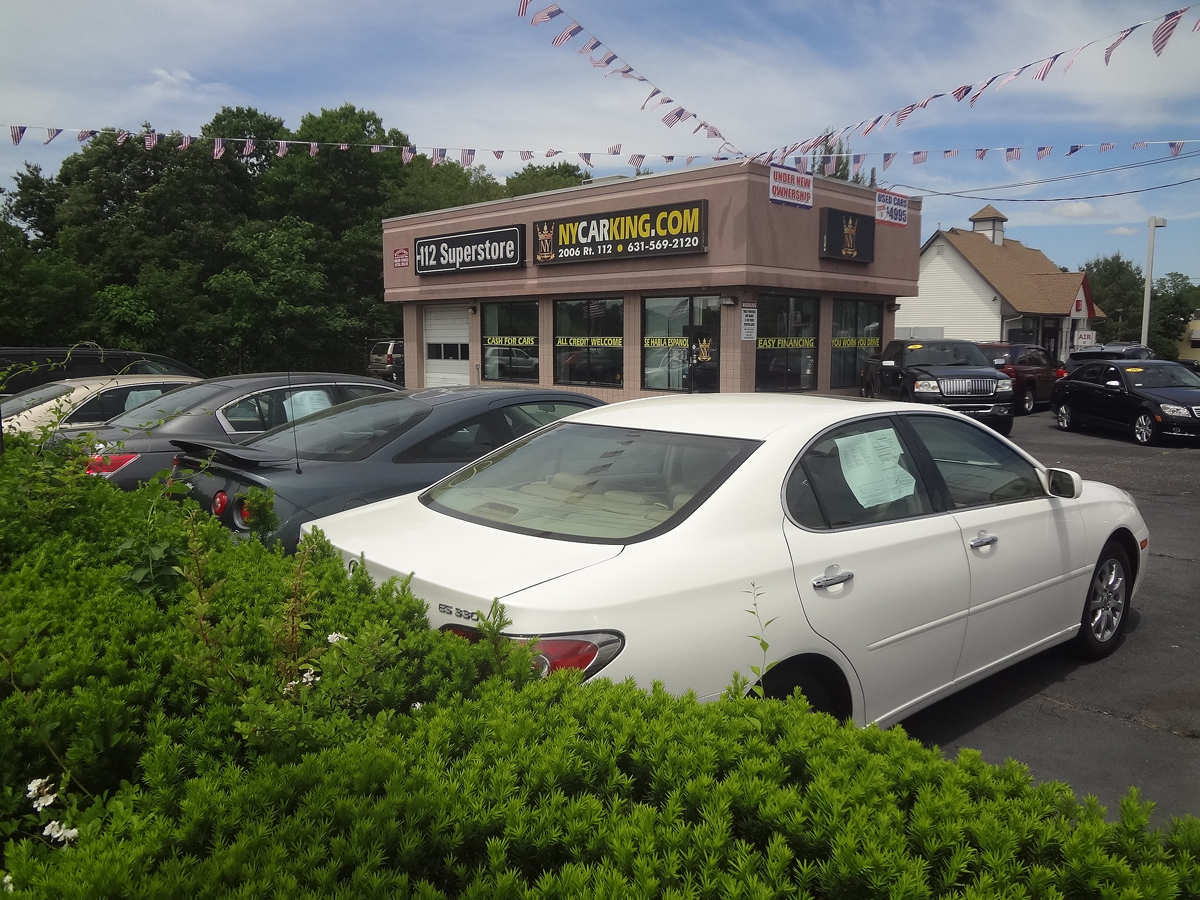 The vehicles for sale at Route 112 Superstore are devoid of the hidden fees or deceptive pricing that is typically the norm in the used car industry. Photo Credit: Chris Boyle
“I was fortunate enough that my older daughter was able to watch my younger daughter for me while I worked,” she said. “And there were nights where I brought my daughter to the job, put her in my office, and she was such a good little kid...she would sit there and draw, watch TV, play with my iPhone, while I would work.”
Ignarro eventually found out that a dealership in Medford known as Route 112 Superstore was on the market; with its owners doing a poor job of running the business and wanting to leave it behind, Ignarro and her husband Anton found this to be the perfect opportunity to come in, take over the operation, and carry out some much-needed improvements in order to make the floundering dealership a success.
The fact that it was located in a highly visible area on a major roadway was one of the contributing factors to Ignarro’s decision to take it on, she said. However, the dealership itself needed a great deal of work to make it presentable, and the first thing she and her husband Anton - another veteran car salesman - did when taking it over was to give it a major makeover.
“This place was a complete disaster...there was red wallpaper that we had to tear down, no lighting, tint on the windows, there was no flooring...it was terrible,” she said. “We tore out the wallpaper, we painted, installed new flooring, took off the tinting, and just cleaned the place up over all. It's like night and day now. Plus we put a lot of work into organizing the files here...for legal purposes, dealerships have to retain records from previous sales for a period of 10 years, and the previous owners left the files in a complete mess.”
Currently, Route 112 Superstore boasts an inventory of approximately 25 high-quality vehicles at any given time on their lot – with more on the way – and many of them are priced under $10,000. And keeping true to her word of shooting straight with her customers, Ignarro noted that her dealership is devoid of any hidden fees or deceptive pricing that is typically the norm in the used car industry.
“This is a family-run business and you're going to be treated right. There aren't any fake fees in there...you're not going to see it on the internet for $19,000, but now there's a $2,000 prep fee or trade-in requirement on top of it. You're not getting any of that here,” she said. “It's on the internet for what the price is, and your taxes and DMV fees are additional because that's what the government requires...I can't wave that. But you're not going to be treated unfairly. You want to treat people how you'd like to be treated; you want to treat people like queens and kings, like they're royalty. And that's how we treat each and every customer that walks on to our lot.”
In addition to adhering to New York State Lemon Laws, Patricia also offers her customers a number of different warranties for purchase, and said that she stands behind every vehicle that she sells and will always work with her customers to make sure that they are happy and contented with their purchase. It’s all a part of her goal of making Route 112 Superstore the very best pre-owned vehicle dealership she can possibly make it.
“I'm the type of person who wants to do everything I can in order to help people...I don't know how to say no, which isn't always a good thing all of the time,” she said. “When you're a good person in the industry and people understand and believe in you…my husband and I are a good team because our reputation is that we are fair people. We believe in what we do, and we love what we do. So there's a very big difference between us and somebody who's just in the business to make money.”
To find out more about Route 112 Superstore, visit their website at NYCarKing.com.