The Word on Wind Power

A major wind energy project expected to generate 3,000 megawatts was announced for southern Wyoming by the Secretary of the Interior this week.

Print Email
Secretary of the Interior Ken Salazar, along with the Acting Deputy Director of Land Management and the Director of U.S. Fish and Wildlife Service, announced this week his approval of what may potentially be the world’s largest wind farm in Wyoming.  Up to 1,000 turbines with the capacity to generate enough energy for 1 million homes would make it the largest wind farm in the nation.
Construction of roads is scheduled to begin next year, with turbines being constructed over a three-year period.  The Chokecherry and Sierra Madre Wind Energy Project will be spread over 350 square miles in southern Wyoming that is a part of the hundreds of millions of acres overseen by the U.S. Bureau of Land Management. 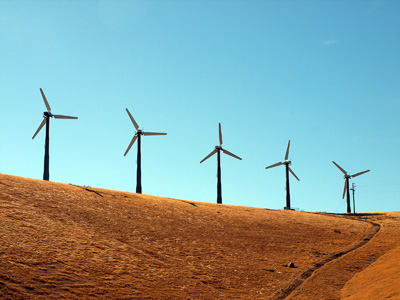 The wind energy project was announced in August among six other renewable energy projects slated for review.  Other energy-generating projects include solar energy plants in Arizona and Nevada, and a photovoltaic project in California.  These three projects alone would have the potential to general 1,200 megawatts.  Following Salazar’s announcement, environmental impact analyses are set to begin, with the expectation of 300 to 400 turbines being installed over three years.
New York State has a wind energy potential of approximately 8,000 megawatts.  Currently, eighteen wind energy projects are operating in eight New York counties, with one under construction in Clinton County.  Another 19 wind energy projects are under active review.
New York is aiming to achieve the Renewable Portfolio Standard, requiring that 25 percent of energy be produced from renewable sources by next year.  Review of the projects examine the noise and aesthetic impact to a region, as well as the impact on wildlife.
Share your thoughts on this articles by posting your comment below or visiting our Long Island Living discussion forum.