The man who kidnapped and tortured three women over 10 years in Ohio pleaded not-guilty at his arraignment today. 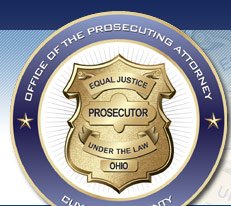 Last month three girls who had each gone missing in three separate incidents were rescued from the Cleveland residence of Ariel Castro, where they had been imprisoned and abused since being kidnapped a decade ago. When one of the women, Amanda Berry, broke free she was able to cry for help; police freed the other two as well as a young child, the daughter of Berry. Ariel Castro was tracked down, arrested, and indicted on 329 separate counts. Today, he pled not-guilty to all of them.

The whole process was brief—Castro and his lawyer came to the Cuyahoga County court where the attorney waived readings of Castro’s rights and the charges levied against him, then entered a plea. The 52-year-old former school bus driver denied 177 charges of kidnapping, 139 counts of rape, 7 counts of gross sexual imposition,  3 counts of felony assault, 1 count of possession of criminal tools, and 1 count of aggravated murder for forcibly aborting one of his victims' pregnancies.

Castro’s lawyer noted that the plea was only the initial step in a long legal process, and County Prosecutor Timothy McGinty said the investigation is still underway. While the accused could very well serve life in prison, with the possibility of a death penalty being issued for the charge of aggravated murder, additional charges may yet be levied.

Amanda Berry, the second of the kidnapping victims, was abducted in 2003 at the age of 16. The 142-page indictment alleges that Berry had her legs and mouth taped before being sexually assaulted, was chained to a pole in the basement with a motorcycle helmet placed on her head, and was also chained to a radiator in Castro’s bedroom. Michelle Knight, the first to go missing in 2002, was also chained to a pole in the basement and assaulted. Georgina DeJesus was treated similarly after being kidnapped in 2004.