The man alleged to have committed the bombings in Boston earlier this year with his brother, now deceased, entered a plea of not guilty yesterday. 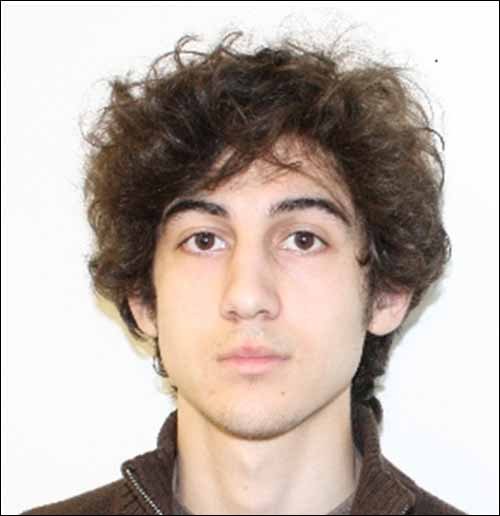 All charges carry the potential of a life sentence, and 17 of the 30 could also result in the death penalty. The state of Massachusetts has not seen the death penalty put to use in 66 years and outright banned the practice in 1984, but it could very well still be applied as Tsarnaev has been charged under federal law.

Facing the possibility of death, the suspected bomber made his first appearance in public since being arrested on April 19th.  He wore an orange prison jumpsuit with a cast in his left arm and bore a scar on his throat, presumably the result of a shootout with police officers on the morning of his eventual arrest. Tsarnaev’s attorney wished to enter the pleas on his behalf, but Magistrate Judge Marianne B. Bowler forced the suspect to do so, which he obliged, entereing pleas of not-guilty for all charges in a thick accent.

Dzhokhar was reported as appearing disinterested during yesterday’s proceedings until he was escorted out of the courtroom. Shackled in cuffs on both his hands and legs, the alleged bomber looked toward a pair of women—one crying, the other holding a small child—and blew them a kiss.

The indictment of Dzhokhar Tsarnaev alleges that he wrote a confession while hiding on a boat in Watertown, MA. The note admitted that “it is forbidden” for followers of Islam to kill, but justified the bombing by stating that the US government is killing innocent civilians in Muslim countries.

“I can’t stand to see such evil go unpunished,” the document reads. “We Muslims are one body; you hurt one, you hurt us all. Stop killing our innocent people, we will stop.”

According to the indictment, Dzhokhar downloaded extremist propaganda prior to the bombing, some of which discouraged Muslims from giving allegiance to countries which invade Islamic nations. He also allegedly downloaded writings from Anwar al-Awlakicq, the American citizen who joined and became a key player in al-Qaeda before being killed by a drone strike in 2011.

Yesterday’s proceedings took only 7 minutes and were technically Tsarnaev’s second appearance before a judge, his first coming in Beth Israel Deaconess Medical Center where he was treated for injuries following his arrest. Another court date is scheduled for Monday, September 23rd.

Three people were killed in the April 15th Boston Marathon bombing; 260 more were wounded and MIT Police Officer Sean Collier was shot to death after approaching the Tsarnaev brothers on April 18th.