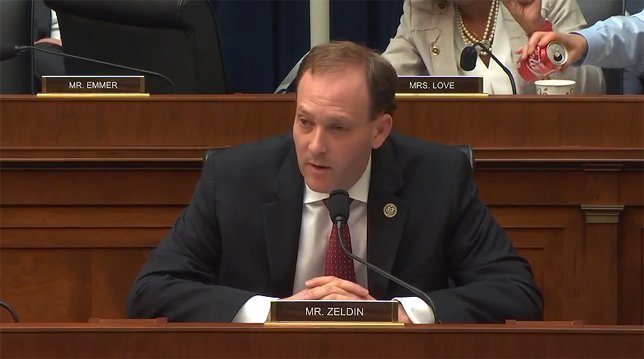 Patchogue , NY - June 11, 2018 - Congressman Lee Zeldin (R, NY-1) just announced the Fiscal Year 2018 Army Corps of Engineers Workplan was released today, including $12 million in funding for the completion of the Army Corps approved emergency dredging of Moriches Inlet. Sand removed from Moriches Inlet will be placed at Smith Point County Park to address beach erosion. Additional engineering details as laid out in the Army Corps solicitation for contracts to carry out the dredging, which was issued on May 22nd, can be viewed here.
In March, Rep. Zeldin was joined by local elected officials, small businesses, boaters and fishermen in calling for an emergency dredge of Moriches Inlet during which Congressman Zeldin joined local fishermen to survey the inlet’s dangerous navigational conditions first-hand.
In April, Rep. Zeldin worked with the Commander of the U.S. Army Corps New York District, Colonel Thomas Asbery, to receive the needed Emergency Declaration from the Army Corps of Engineers North Atlantic Division Brigadier General William Graham, granting Rep. Zeldin’s request to perform emergency dredging of the Moriches Inlet. This emergency declaration began the process of coordinating funding and permits so dredging vessels can begin work.
“The approval of funding for the emergency dredging of Moriches Inlet is great news for our coastal economy, commercial and recreational fishermen and all whose livelihoods rely on the vitality of our communities’ waterways,” said Congressman Lee Zeldin. “I will continue to work with the Army Corps of Engineers and all affected by the deteriorated state of Moriches Inlet to complete this emergency dredge.”
“I just want to thank Congressman Zeldin for his efforts in coordinating the emergency dredging project in Moriches Inlet, and Bay,” said Joe Tangel, Owner of KING COD Fishing in Center Moriches. “It is a great relief for boaters and fishermen in the area to know that something will finally be done to ensure our safety and economic viability.”