In Wake of Hurricane Sandy, Hundreds of Thousands Waited in Long Lines for Gas to Drive Cars, Heat Homes and Power Generators. 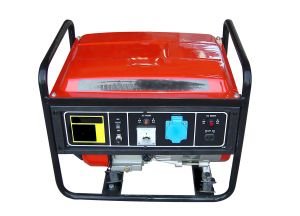 Albany, NY - Janaury 15, 2014 - U.S. Senators Charles E. Schumer and Kirsten E. Gillibrand today announced $ 5,100,000.00 in federal funds for gas station owners along highways and pivotal evacuation routes to purchase and install backup generators. This grant, which is being awarded as part of the Federal Emergency Management Agency’s (FEMA) Hazard Mitigation Grant Program (HMGP) will offset 75% of the costs for gas station owners/operators who now need to comply with a new New York State law passed in the aftermath of Hurricane Sandy that requires all gas stations within a half mile of a highway exit and/or hurricane evacuation route to have a transfer switch installed to deploy and install a generator within 24 hours of losing power during a fuel supply or energy emergency. This New York State law was passed in order to address the wide-spread shortage of gas in areas that were hard hit by Sandy, and these funds will help cover the costs of compliance and make gas more accessible during times of crisis.

“Some of the most enduring images of the aftermath of Hurricane Sandy were of New Yorkers lined up in their cars and on foot to get gas to heat their homes and power their lives. Far too many gas stations had plenty of gas, but had no power to pump it out – that’s why it makes so much sense to help station owners buy and lease generators,” said Schumer. “New state regulations that require gas stations along critical evacuation routes and highways to have back-up generators will help ensure that we do not have the same problem when the next storm hits, and these federal funds will help cover the costs of making this new public safety measure a reality.”

“In the aftermath of Superstorm Sandy, thousands of New Yorkers were displaced without heat or power,” said Gillibrand. “This investment will help get relief into the hands of those who desperately need it before another disaster occurs. As we learn the lessons of the storm, we must develop a national, storm-resilient strategy to ensure that communities from the Rockaways to Long Beach are armed with innovative practices to protect New York from future disasters.”

All equipment installation will be placed above the 500-year flood level as identified on the respective current adopted FEMA Flood Insurance Rate Map (FIRM) or best available data maps (Preliminary FIRMs or Working Maps) for the station area.  The overall project cost is $19,697,312.

HMGP provides funding under Section 406 of the Stafford Act, the federal disaster law that supplies aid to states and localities to implement long-term resiliency measures after a major disaster. The purpose of these grants is to reduce the loss of life and property due to natural disasters and to enable mitigation measures to be implemented during the immediate recovery from a disaster.