Martha Krisel, Esq., of Rockville Centre, a municipal law attorney and advocate for access to justice, has been installed as the 114th President of the Nassau County Bar Association. 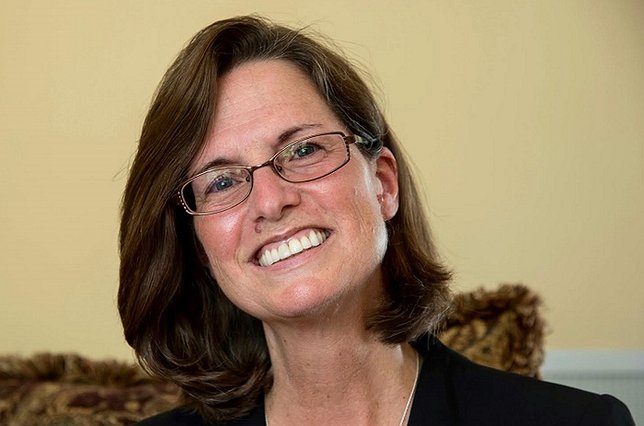 Mineola, NY - June 7, 2016 - Martha Krisel, Esq., of Rockville Centre, a municipal law attorney and advocate for access to justice, has been installed as the 114th President of the Nassau County Bar Association at its headquarters in Mineola. Krisel begins her tenure after completing the term of President Steven Eisman, who passed away last fall.

Krisel plans to introduce new initiatives to ensure that the Bar Association is the best it can be, by operating NCBA as a business with a focus on staff development, fiscal management, technology and new revenue.

Martha Krisel has held a number of leadership positions during her 25 years as an NCBA member leading up to her presidency.  Passionate about ensuring access to justice, Krisel emphasized the importance of bringing together all community organizations that provide pro bono legal assistance to create and chair the Access to Justice Committee, which includes free community legal clinics on any concern supports the annual pro bono attorney recognition event.

In 2009, then President Peter Levy awarded Krisel the NCBA President's Award for her efforts. She was also recognized for her leadership in 2011 by New York Law Journal's Lawyers Who Lead by Example.

Also installed as NCBA officers for one-year terms are the following attorneys:

Service as a Municipal Attorney

Martha Krisel has practiced law for 35 years, focusing on municipal law exclusively since 1993. She has been consulting with New York State on its post-Superstorm Sandy infrastructure rebuild since September of 2014. She returns to the Office of the Nassau County Attorney this summer, where she had served from 2006-2014 and was responsible for fair housing issues, attorney and law student recruitment and professional development, and training and compliance issues for Nassau County agencies.

About the Nassau County Bar Association
Founded in 1899, the Nassau County Bar Association  is the leader in providing legal information and community service on Long Island. NCBA consists of private and public attorneys, judges, legal educators and law students who demonstrate their commitment to the community by offering a variety of services for the public, including lawyer referral services, mortgage foreclosure, Sandy recovery and senior citizen legal clinics; judicial screening and public education programs.  The Nassau Academy of Law provides hundreds of seminars providing important continuing education for the legal community.  We Care, part of the Nassau Bar Foundation, NCBA’s charitable arm, assists children, the elderly and others in need, through countless projects and donations.  For more information, call (516) 747-4070 (language translation available), email, or visit nassaubar.org.