Ribbon cutting attended by local officials on May 26. 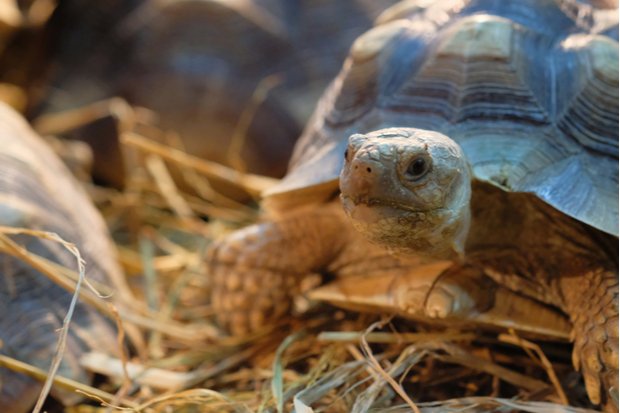 The Long Island Game Farm has been a summer tradition for many generations of kids who grew up on Long Island. Whether it was a family fun day, a school field trip or your first zoo adventure, people have many fond memories of Long Island’s own zooilogical adventure place.

Recently, the Long Island Game Farm opened a tortoise exhibit and celebrated with a ribbon cutting attended by local officials.

According to a press release by the Town of Brookhaven, the new exhibit will be home to African Spur Tortoises, also known as Sulcatas named for the Latin word meaning “furrows” that the tortoises have on their scales. According to the International Union for Conservation of Nature (IUCN), the world’s largest conservation organization, African Spur Tortoises are on the “Vulnerable” list because their populations are compromised because of habitat loss and over-collection from the pet industry. 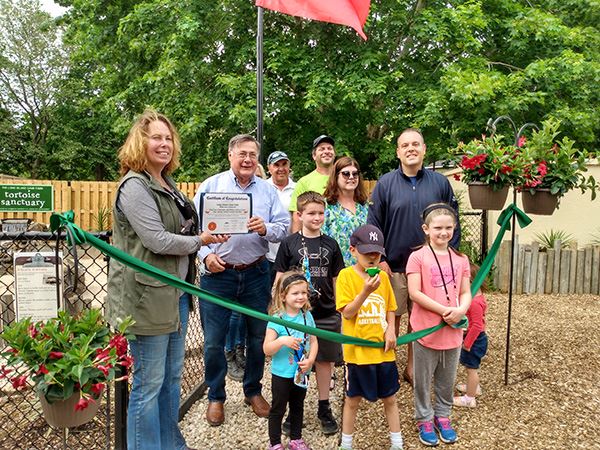 The new exhibit is sponsored by Symbiotic Property and Landscape Management.

“It’s been a long time coming. We have been dreaming of creating a sanctuary for these intelligent and personable tortoises that we take in,” said Melinda Novak, a co-owner for the Game Farm, in a Facebook post announcing the new exhibit. “This year we were able to make it come true with the help of a fantastic team! We look forward to watching our guests experience these tortoises close up as we will offer encounters throughout the season.”

The Long Island Game Farm celebrates its 52nd season in 2021. The game farm is open seven days a week and is located at 489 Chapman Boulevard in Manorville.