Suozzi, Gillibrand Introduce Legislation to Ensure Long Islanders are not Taxed on Grants Received to Upgrade their Septic Systems

Suozzi continues to fight for environmental protection and stand up for Long Islanders unfairly targeted by taxes. 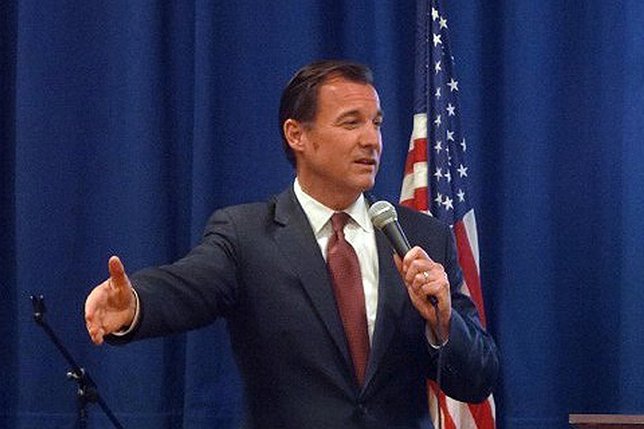 U.S. Representative Tom Suozzi (D-Long Island, Queens) and U.S. Senator Kirsten Gillibrand (D-New York) announced the introduction of a bill that would reverse a 2020 Internal Revenue Service (IRS) ruling that Suffolk County residents must pay taxes on county grants used to upgrade their septic tanks. The lawmakers are pushing to include this legislation in the next infrastructure package. Last Congress, Suozzi introduced similar legislation on this issue.
“Much-needed improvements of Long Island’s septic tanks should not be paid for by hardworking middle-class families of Long Island. We already know our families pay enough in taxes as it is,” said Congressman Suozzi. “Thank you to Senator Gillibrand for working alongside me on this very real problem for our constituents. Together, we will ensure Long Islanders are not forced to pay taxes on basic environmental clean-up.”
“Taxing Long Island families for using grants to upgrade their septic tanks is nonsensical and wrong,” said Senator Gillibrand. “Given that the American Society of Civil Engineers gave our nation’s wastewater infrastructure a grade of D+ this year, the federal government should be supporting, not punishing, efforts to improve wastewater infrastructure and water quality. I am proud to introduce this commonsense legislation with Congressman Suozzi and look forward to working together to ensure that much-needed septic tank improvements don’t cost Long Island homeowners extra headaches or dollars.”
In 2020, the IRS ruled that Suffolk County residents must pay taxes on county grants used to upgrade their septic tanks. Soon after, Suozzi sent a letter to the IRS commission Charles Rettig, asking him to reconsider. As a member of the House Ways and Means Committee, the chief tax-writing committee in Congress, Suozzi is uniquely positioned to provide a legislative fix to this problem, which was initiated in 2017 under Suffolk County Executive Steve Bellone and is an integral part of efforts to reduce nitrogen pollution in waterways.
Under this specific program, Suffolk County residents were eligible for grants between $10,000-$20,000 to defray the costs of upgrading aging cesspools and septic systems to more efficient modern units that produce less nitrogen.
“Requiring homeowners to pay income taxes on grant funding that is being disbursed directly to contractors who are already declaring the grant funding as income and paying those taxes is double taxation, and is just wrong,” said County Executive Bellone. “The people of Suffolk County voted to invest their hard-earned tax dollars to improve water quality, only to have the IRS decide to tax program funds intended to protect the environment. I am thankful to Senator Gillibrand and Congressman Suozzi for advancing a legislative solution to protect homeowners who decide to do the right thing from higher taxation.”
“The Suffolk County Legislature revised the Sanitary Code for the first time in over 30 years, for the purpose of addressing a crisis in water quality affecting the economy, the public health, and the quality of life in Suffolk County by mitigating the nitrogen pollution caused by outdated cesspools and septic systems. This legislation is welcome support that will ensure that homeowners who do the right thing by our precious water resources are not punished by being taxed for their participation. This important initiative will also serve as an incentive to allow the program to thrive and to continue to support the County’s commitment to protecting our bays and harbors, and our drinking water supply,” said Suffolk County Legislator Bridget Fleming of the 2nd Legislative District on Long Island’s south fork.
“There is an avalanche of science that verifies nitrogen pollution from outdated septic systems and cesspools is polluting our waters and is putting our health and economy at risk.  State and local governments are investing millions into grants for homeowners to install nitrogen-reducing wastewater systems and this legislation is essential to ensure the program’s continued success.  It is absurd that the IRS is unfairly taxing homeowners who chose to combat nitrogen pollution and protect water quality. This taxing scheme is gravely hindering the septic replacement program.  It needs to be fixed.  Protecting and restoring water quality across our island will benefit everyone. CCE applauds Senator Gillibrand and Representative Suozzi for fighting back against this anti-environment tax scheme and for standing with homeowners and taxpayers,” said Adrienne Esposito, Executive Director of Citizens Campaign for the Environment.
On Long Island, nitrogen pollution from septic tanks has been identified as the single largest contributor to deteriorating groundwater quality. According to Suffolk County officials, sewering low-lying South Shore areas reliant on septic systems would guard against coastal flooding by reducing nitrogen levels, allowing for the regrowth of wetlands that provide a natural storm buffer. About 360,000, or three-quarters of Suffolk homes, are not sewered, and many use cesspools that minimally treat wastewater before releasing it into the ground.
Even before he was elected to Congress, Suozzi has fought to improve water quality and clean up Long Island’s environment for future generations. As a Member of Congress, he has increased funding to protect the Long Island Sound by more than 500% in just three years and has secured tens of millions of dollars to finally clean up the Navy-Grumman Plume.
Read the text of the bill here.