The Ducks won two of their six games this past week, and travel to Maryland this weekend. 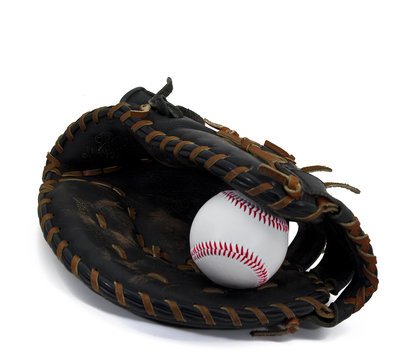 The Long Island Ducks will head south this weekend as they take on the Southern Maryland Blue Crabs in a three-game series that the Ducks desperately need. The Blue Crabs currently sit in second place in the Liberty Division, two games ahead of the Ducks.

Despite the struggles so far in the season, the Ducks are only 4.5 games behind the Bridgeport Bluefish who sit in first place. The Ducks record is 8-18, the worst in the Atlantic League, but they are not out of the playoff picture just yet.

The past week didn’t go as planned for the Ducks. First, they thought they had added former major league pitcher Carlos Zambrano to the roster. Reports surfaced that the Ducks and the former all-star had agreed to terms, but Zambrano never officially signed the contract.

Zambrano felt he still had something to offer to a major league team, and he was right as the Philadelphia Phillies signed the 31-year old right-hander to a minor league contract.

The Ducks moved forward without Zambrano, and battled the Somerset Patriots last weekend. The first game of the series was an exciting contest that saw the teams score a combined 19 runs. It was a back and forth affair that saw the lead change several times.

The Ducks were led by first baseman Ben Broussard, who went 3-3 at the dish with a run batted in. Danny Perales, Ray Navarette, and Gabe Suarez each added two runs batted in. Suarez’s seventh-inning home run kept the Ducks in it, but Long Island came up short.

The Ducks and Patriots faced off in a double-header to finish off the series. The two teams would split the pair of games, with the Ducks taking the first contest 6-5. Anthony Armenio had a huge three-run triple in the fourth inning that tied the game for the Ducks.

After Somerset regained the lead, Ralph Henriquez blasted a two-run homerun that put the Ducks up for good 6-5. The Ducks would drop the nightcap to the Patriots, 12-6. Once again, the pitching struggled for the Ducks as starter Matt Way surrendered six runs on eight hits in four plus innings.

The Ducks then traveled to take on the York Revolution in a three-game series this past week. The Ducks got off to a great start as they took the first game 8-7 behind a fourth-inning rally. A triple by Dan Lyons that scored two runs was the big blow in the fourth inning for Ducks as they went on to defeat the Revolution.

Starting pitcher Dontrelle Willis did not pitch well however, as he allowed seven runs (only two were earned however) on ten hits in four plus innings. Willis is now 1-1 on the season with a 4.35 ERA.

The Ducks would drop the final two games of the series and now find themselves at 8-18 on the season. Just 4.5 games back of first place, the Ducks have a chance to turn around a season that has not started the way they would have hoped.

Ryan Strieby currently leads the Ducks in hitting with a .359 batting average, including a homerun. Danny Perales is first on the Ducks in both home runs and runs batted in, with 4 and 19 respectively. Leo Rosales has pitched well so far this season as he posts a 1.68 ERA in 10.2 innings of relief. Going forward, the Ducks pitching needs to improve if they want to make a run at the playoffs.

Tonight’s first pitch from Maryland will be at 7:05 as the Ducks look to begin a new winning streak. You can follow your Ducks and listen to the game by clicking here.