Six months after Superstorm Sandy ravaged the East Rockaway Junior/Senior High School, filling it with five feet of water, 1,300 students returned to the renovated building for the first time yesterday. 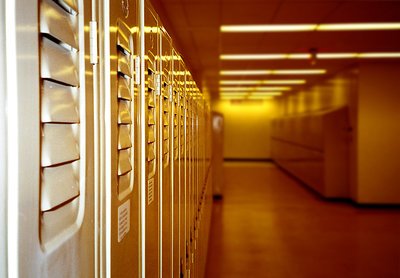 “It’s an incredible day,” superintendent Roseanne Melucci said. “The students have really put up with a lot and they’ve gone through a lot."

Monday's return was expected to be an emotional day for students, especially seniors, who will spend their final few weeks of high school back in the renovated building, said Melucci.

After suffering close to $10 million in damage from the storm, the high school's cafeteria, gymnasium and auditorium had to be completely reconstructed. The gym and kitchen are still being repaired, but the school is "going to work around that," Melucci said. The school is otherwise fully operational.

"It has been a very long road, but we're happy to be here celebrating this day," principal Joe Spero said.

The district has paid for some of the repairs with insurance and hopes to cover the rest with Federal Emergency Management Agency dollars, Melucci said. Anything not covered by FEMA would be paid through a bond anticipation note, she said.

"It was very traumatic," Melucci said last week. "Our objective was, as quickly as possible, to get the students back into an instructional environment and repair the building."

I’m so happy to be back,” ninth-grader Nick Ippolito said. “The commute going from here to Baldwin was terrible, getting up early was horrible, but now we’re back here.”

School equipment was to be moved from the Baldwin schools to the high school over the weekend, Melucci said. Monday's reopening was a delayed day, with the school opening at 10 a.m., she said.

Teachers and administrators alike welcomed the students and commended them for their tenacity and patience.