Following the discovery of a bullet on a district school bus, police have responded to a potential threat made toward the High School. 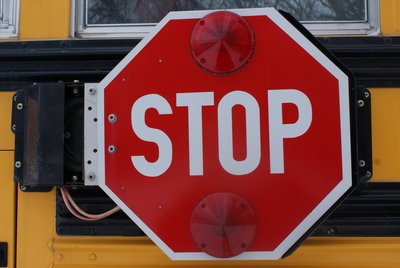 A week which began with the discovery of a bullet on one of its buses did not become any less alarming for the Kings Park School district as it wore on. Police arrived at the Kings Park High School to inform Principal Bracco of a potential threat which may have been made toward the school on Wednesday.

A decision was made to keep the district open, without placing it under lockdown, as the individual under suspicion for having made the threat had already been detained by police during their investigation. Staff was made aware of the situation and security was alerted to ensure the safety of the High School, but no immediate threat was believed present. At the close of the school day, principal Bracco called parents throughout the district to inform of the day’s happenings.

According to Superintendent Arguso, the individual in question is a former student who attended Kings Park 5-7 years ago and was taken voluntarily to Stony Brook University Hospital for evaluation at the conclusion of the interrogation. Police are currently investigating whether there was ever a real threat to the school or if this was the result of a misunderstanding.