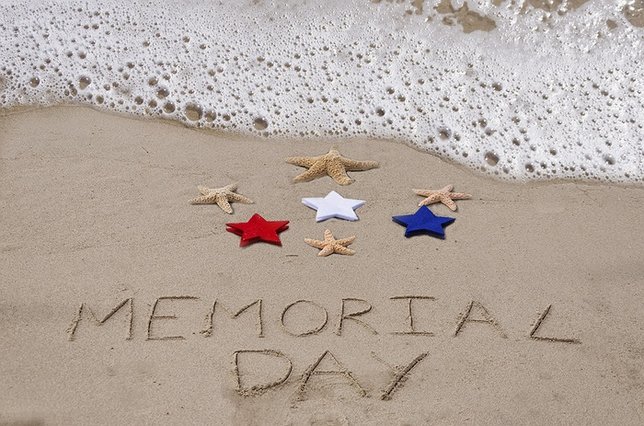 The 2019 Bethpage Air Show at Jones Beach features high-flying stunts from world-renowned military and civilian performers.  Can’t make it to the weekend shows? Head to Jones Beach on Friday, May 24 from 10 a.m. to 3 p.m. for a full practice.

Strawberry Festival at Garden of Eve

These weekend strawberry festivals includes hayrides, animals, and other activities.

Enjoy family-friendly fun along the colorful midway with rides and games for all ages and a variety of fair food.

Old Bethpage Village Restoration commemorates Decoration Day as observed in the 1860s. Memorial Day, originally called Decoration Day, is a day of remembrance for those who have died in service of the U.S.

The Wizard of Oz at Theatre Three

Head to Emerald City to see The Wizard of Oz at Theatre Three.

Head to the Yellow Studio in the Feasts for Beasts gallery to learn what goes into the care of the Long Island Children's Museum's animals.

Work with Stony Brook University graduate students to make a boat and see it float.

Kids can play and explore the interactive and technology exhibits in this weekly hands-on, instructor-led workshop offered by the Long Island Science Center.

Learn about the local red fox from Frank Vincenti of the Wild Dog Foundation.

Enjoy this Memorial Day weekend tradition, in which families and friends demonstrate together their creative spirit.

Join Sands Point Preserve for the grand opening of the new Woodland Playground. The ribbon-cutting ceremony takes place at 2 p.m., followed by an afternoon of exciting fun and adventure.

Assembly for parade begins at 9:30am on Beltagh Avenue by Wantagh Middle School.

Bay Shore's Memorial Day service and parade starts at 10am at Lanier Lane and Main Street.

The parade begins at Village Park with a ceremony and services to follow.

Watch the parade march from Main Street to the Village Green in Farmingdale.

The parade begins at Ohio Avenue and West Beech Street at 10 a.m. and ends at the reviewing stand on Park Avenue in front of City Hall.

Raynham Hall will host a costumed, historical parade through town.