Tropical Storm Andrea is Making Her Way Up the East Coast, Will Leave LI Wet for Weekend

Rainfall is predicted to start after midnight tonight. 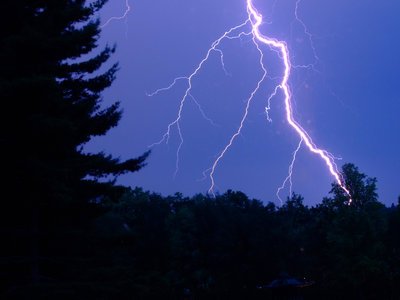 Update, June 7th, 2013 @ 10:00AM: The National Weather Service has issued a Flash Flood Watch until 2PM Saturday , a Coastal Flood Advisory until 1AM Saturday, and Hazardous Weather Outlook. Be sure to check back for the latest updates on Tropical Storm Andrea - right here on LongIsland.com.

Tropical Storm Andrea is the first storm of the Atlantic Hurricane season. It hit Florida with 60 mph winds and heavy rain fall. The wind and rain seem to be the worst this tropical storm has to offer though. According to the National Hurricane Center, the storm is slated to weaken as it moves up the eastern coastline and will be nothing but a rain maker by the time it hits us.

We can expect rainfall to start after 10pm tonight and it’ll go on until Saturday afternoon. Friday in to Friday night will see the heaviest rain.  We’ll recieve two and a half inches with predictions of coastal flooding. As Friday progresses the winds will become slightly stronger. Gusts will be between 10 and 15mph. By Sunday the weather will calm down and we’ll have a partly sunny day with a high of 80.

NOAA (The National Oceanic and Atmospheric Administration) predicts we’ll have an active six month hurricane season. We’re on our way to getting 13 to 20 storms with 7 to 11 of them being hurricanes. 3 to 6 of those hurricanes have a chance of being category 3, 4, or 5’s, with winds of up to 111 mph. The average storm season has 12 named storms where 3 out of 6 hurricanes are major ones.

NOAA’s acting administrator, Kathryn Sullivan, Ph.D., says of the active storm season, “With the devastation of Sandy fresh in our minds, and another active season predicted, everyone at NOAA is committed to providing life-saving forecasts in the face of these storms and ensuring that Americans are prepared and ready ahead of time.”

There are three main factors for this active hurricane season. One of the reasons is a warmer than average ocean water temperature in the Atlantic and Caribbean. There is also no El Nino expected to develop to hinder a hurricane’s formation. Another big reason is our current atmospheric climate pattern -which saw a strong West African monsoon- has not changed since 1995.