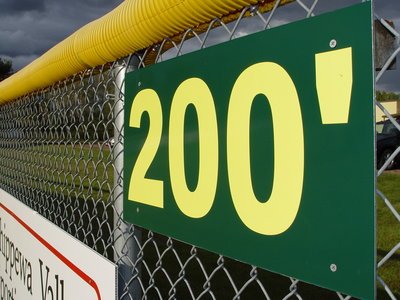 In the early to mid 2000s, Carlos Zambrano and Dontrelle Willis were baseball’s top pitchers. Willis as a Florida Marlin won Rookie of the Year and in 2006 Zambrano led the NL in wins with the Chicago Cubs. The 2003 National League Championship series saw the two at opposite ends of a playoff battle that made the Chicago faithful question whether the billy goat curse does exist. Since that series both pitchers have found themselves in a similar rise and fall from Major League grace.

It has been a few years since that National League Championship series and now they’re teammates. Earlier this week Carlos Zambrano inked a deal with the Long Island Ducks. He joins Dontrelle Willis who signed in April. Were it a few years earlier, the Ducks would have a one-two punch that even major league ball players would fear. Right now though, it’s a place for a guy like Zambrano to hopefully work his way back to where he once was.

Carlos Zambrano is a gifted pitcher. It’s hard to argue against that point. For years he put the Cubs on his shoulders when aces like Mark Prior and Kerry Wood went down. Very few pitchers with a no-hitter can also say they belted 24 homeruns in their career. Despite all that Zambrano has one weakness. His kryptonite is his own attitude.

Zambrano’s highs as a pitcher were stellar but his lows were erratic. When things weren’t going well everything from opposing players, teammates, and Gatorade coolers were thrown around the field. In 2011 he was ejected from a game against the Atlanta Braves for throwing two inside pitches to Chipper Jones after giving up five homeruns. Following the game he told the media he was going to retire after the season.

He was suspended for the retirement tirade and his Major League career never quite recovered from it. The next year he was traded to the Miami Marlins. Zambrano showed flashes of greatness in Miami but at the end of the season he was granted free agency. He now calls the mound in Central Islip’s Bethpage Ballpark his home.

Other former Major Leaguers on the Ducks are Ian Snell, Ben Broussard, and Ramon Castro. As a member of the New York Mets, Castro spent time as backup for Mike Piazza and he was a part of the 2006 team that made it all the way to the National League Championship series. Castro also caught Mark Buerhle’s perfect game in 2009.