With a handful of polling sites in Nassau and Suffolk counties out of commission following Hurricane Sandy, Gov. Cuomo signed an executive order allowing New Yorkers to cast their vote at any polling site.

Hurricane Sandy has not only displaced many Long Islanders who are without electricity and heat on Election Eve, but several polling sites in both Nassau and Suffolk were also damaged during the storm. 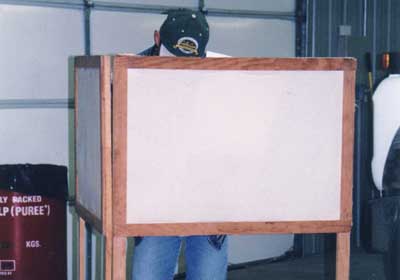 Gov. Cuomo signed an executive order allowing New Yorkers to vote at any polling site in the state, in order to make voting easier for New Yorkers affected by Hurricane Sandy.
“We want every one to vote. Just because you are displaced doesn’t mean you should be disenfranchised,” Cuomo said at a press conference on Monday.
New Yorkers who vote outside their election district will only be able to cast a ballot in state and the presidential elections.  The only downside is that these votes will not be counted in local races.
Cuomo called this provisional-polling order “extraordinary,” while critics argue that it will be difficult to verify the validity off all of the ballots.  "But look at it this way,” said Cuomo, “Compared to what we've had to deal with in the past week, this is going to be a walk in the park - going out and voting."
New Jersey is allowing voting via e-mail, but New York election officials dismissed this as a viable option.
Check out our Post-Hurricane Guide to help you deal with Sandy’s aftermath.
Share your thoughts on this article by posting your comment below or by visiting our Long Island Living discussion forum.