By Christian Abbatecola Published: May 04 2013

The postseason is in full swing as the Knicks and Nets fight to progress and the Islanders and Rangers try to get off to a quality start. 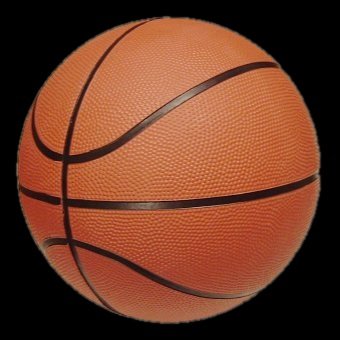 After dropping Game 5 in Boston to the Celtics, the Knicks brought the series home on Wednesday to try to close things out and earn some rest. JR Smith returned to the team after serving a one game suspension, but he would do little to help the team.

New York took a 2 point lead in the first quarter before falling behind by 6 in the second. Boston added 3 more points to the spread in the third, forcing a great deal of pressure on a Knicks team which continuously took shots from beyond the arc despite an inability to sink the three ball all night. The Knicks ultimately fell 92-86 on a night in which they shot only 39.5% from the field.

Carmelo Anthony led the team with 22 points, despite missing 16 of 24 shots and all 5 three-point attempts. Felton followed closely behind with 21, though he accomplished that by making 10 of 19. JR Smith contributed 14 points, missing 11 of 14 field goals along the way, and Shumpert put up 12.

The Knicks looked ready to put those two poor performances behind them when they took a 24-10 lead in the first quarter of last night’s Game 6, which they then built upon to enter the fourth up 67-47. The lead expanded to 26 when they opened the quarter with an 8-2 run, but then the Celtics gave their home crowd something to cheer about. A series of missed shots, stolen balls, offensive blunders, and other almost inexplicable manifestations of ineptitude helped a reinvigorated Boston build a 20-0 run and eventually cut the deficit from 26 to 4.

Iman Shumpert put a stop to the bleeding with a breakaway steal after nearly 5 scoreless minutes for New York, laying in a basket which went a long way in helping the Knicks regain their ground. Despite a 21-33 final quarter, New York came out on top 88-80 and put the series to rest. They advance to the second round of the playoffs for the first time since Patrick Ewing led them to the Eastern Conference finals in 2000.

Anthony again led the team in scoring with 21, followed by Shumpert’s 17. Prigioni shot for 14, Smith contributed 13, and Felton scored 11.

The Knicks are now slated to begin Round 2 against the Pacers on Sunday in Madison Square Garden, though game time has not yet been determined. The two split their regular season series and were in close competition for the #2 seed until New York went on an extended winning streak late in the season.

After winning the first game in the opening playoff series against the Bulls, the Nets went on to drop 3 in a row against Chicago (including a grueling match that went into triple overtime). Facing elimination at home, Brooklyn forced the series back to Chicago for a Game 6. On Thursday they did it again, tying the series at 3-3 and bringing it home for a decisive Game 7.

It was a closely contested game throughout the night; Brooklyn went up 33-27 in the first quarter and that six point spread would make all the difference. Both teams put up 27 in the second quarter, and Chicago outscored the Nets 17-15 in the third. The Bulls continuously put pressure on the Nets throughout the fourth, coming within two points multiple times, but Brooklyn had an answer every time. Though Chicago outdid the Nets for the second straight quarter they would only close the gap by 1 point, allowing Brooklyn to hang on for a 95-92 win.

Joe Johnson, Brook Lopez, and Deron Williams each shot for 17, with Williams responsible for 11 assists as well. Gerald Wallace scored 15 and Andray Blatche put up 10. Reggie Evans grabbed 15 boards and played an integral role during a couple jump balls late in the fourth quarter.

The Nets will try to keep their season alive when they play Game 7 at home tonight at 8:00 PM.

The Islanders made their first postseason appearance since 2007 on Wednesday, but they looked like a team which still does not belong in the NHL playoffs. The Penguins scored a goal early in the first, then added a second to gain a 2-0 lead ten minutes later.

When Pittsburgh opened the second period by scoring two goals before the second minute New York responded by pulling Nabokov off the ice. Poulin allowed a goal midway through the period, stopping 10 of 11 as the night progressed; Nabokov stopped 11 of 15 shots on goal. The Islanders were shut out, losing by a final of 0-5.

Last night’s game looked as though it might travel down a similar path when the Penguins jumped out to a 1-0 lead less than a minute into the first, then added a second goal two and a half minutes later, but Moulson gave the Islanders their first playoff goal 7:04 into the game. Sidney Crosby, who missed the last 13 games, responded 16 seconds later by putting Pitt back on top by two with his second goal.

The second period belonged to New York, however, as McDonald scored the Islanders’ second goal and Martin tied the game halfway in. Okposo would give them a 4-3 lead 12:23 into the third—the score by which the game would end as the Islanders picked up a much needed victory. Nabokov regained some composure, stopping 30 of 33 shots.

The Islanders will play Game 3 in Nassau Coliseum at 12 noon tomorrow.

The Rangers fared mildly better than their fellow New Yorkers in the opening playoff game, but not well enough to win. Hagelin scored the Rangers’ first goal 16:44 into the game during a first period in which Washington was held scoreless.

Unfortunately, that would prove to be New York’s only offensive output, and the Capitals found the back of the net 3 times in the second period. Lundqvist blocked 27 shots on Thursday, but it was not enough to fend off the 3-1 loss suffered by his team in Game 1.

New York will try to even the series when they play Game 2 at 12:30 PM this afternoon.

The Mets lost their sixth straight game in their second bout with the Marlins on Tuesday. Anthony Recker’s sac. fly in the fifth drove Murphy home for the first run of the game, and gave New York a 1-0 lead which held into the ninth inning. Hefner was in line to get his first win of the season after pitching 8 brilliant innings, but when he let runner on the corners to start the ninth he was pulled from the game. Miami scored 2 runs to walk off with a 2-1 win and hand Hefner his third loss.

The Marlins looked ready to sweep the series when they hit Dillon Gee for 3 run in the first inning to start Wednesday’s game, but a 3 run homer off the bat of Valdespin in the sixth inning went a long way to turning things around.  John Buck’s 2 run double in the seventh helped a fair bit as the Mets went on to win 7-6.

New York made it a streak (albeit a short one thus far) when they traveled to Atlanta last night. Buck’s 2 run homer in the first and Duda’s homerun in the second gave them an early 3-0 lead, which the Braves gradually chipped away at then surpassed.  David Wright tied the game again with a homerun in the ninth to force extra innings, which Tejada and Murphy made short work of through a pair of RBI singles in the tenth. The Mets won 7-5.

The Mets will play Game 2 against the Braves at 7:10 PM tonight.

Following a rare poor showing from Andy Pettitte, the Yankees gave Kuroda the run support missing from Game 1 against Houston with a series of singles throughout the night. Hafner got the night started with an RBI single in the first inning, then hit another in the third. The Yanks picked up a couple more runs in the fifth and 3 in the eighth to take the game 7-4. Kuroda got his 4th win and Rivera had his 10th save.

The rubber game was decidedly closer than the first two with the Astros. After the Yankees strung together 4 runs over the first three innings, including a pair of homers from Cano and Ben Francisco in the third, Houston hit David Phelps for 4 runs in the fourth to tie the game. Lyle Overbay got caught in no man’s land later in the sixth on an Ichiro groundout, but managed to stay alive long enough to let Eduardo Nunez score. That run would make a world of difference as New York went on to win 5-4 and Rivera got his 11th save.

CC Sabathia pitched six innings of 2 run ball in the first game against Oakland last night, and though the bullpen would come through for him the Bronx Bombers could not light a fuse. AJ Griffin pitched a shutout through 7 and 1/3 innings, which Doolittle and Balfour continued to end the game 0-2 Athletics.

The Yankees will play the A’s again at 1:05 PM this afternoon.