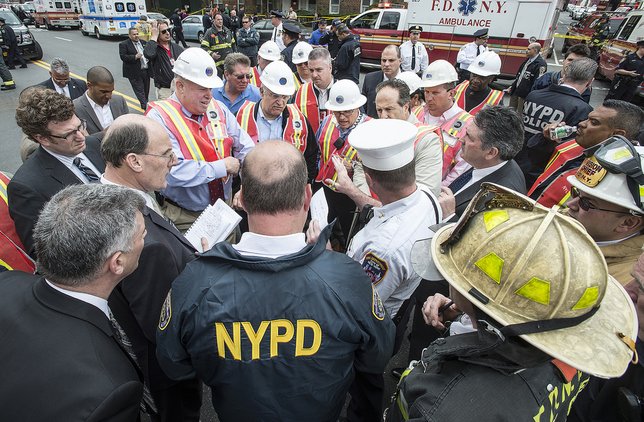 Queens, NY - May 2nd, 2014 - The Metropolitan Transportation Authority (MTA) is investigating the derailment of a southbound F train on the express track south of the 65 St R & M station on the Queens Boulevard line.

The derailment occurred at 10:24 a.m. on Friday, May 2, when six cars of an eight-car Brooklyn-bound F train went off the track. The wheels of the first and last cars remained on the track.

New York City Fire Department and Police Department personnel helped to evacuate approximately 1,000 customers on the affected train through an emergency exit in about two hours. An E Train in the area was moved back to Queens Plaza where passengers were discharged with no injuries reported.

MTA Chairman and CEO Thomas F. Prendergast said the MTA will conduct a thorough investigation of the circumstances of the derailment, including full inspections of signals, track and all other infrastructure in the area.

MTA New York City Transit crews are working to restore local service on the E& F lines through Queens by the Friday evening rush hour. Express service in both directions on the Queens Boulevard lines will be suspended until after the incident train is removed from the tracks after the rush hour.

This service plan will be in effect until the derailed train can be removed and all necessary inspections and repairs can be completed. There is no timetable for restoration of express service. Local E & F service may be temporarily suspended to accommodate this work.

Scheduled weekend work on the 7 and J lines has been cancelled to accommodate customers using those alternate routes.