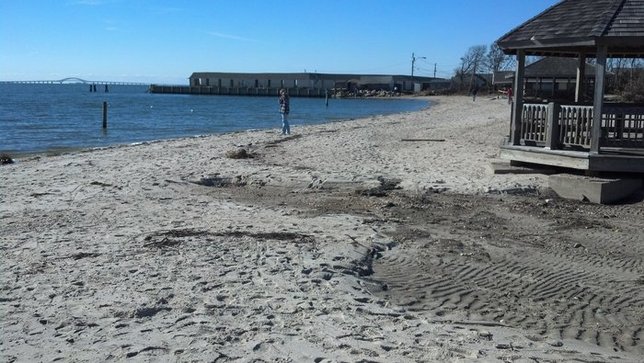 Albany, NY - March 4, 2013 - Governor Andrew M. Cuomo today announced that an expedited effort to restore beaches damaged by Superstorm Sandy and protect properties from future storms will begin with issuing bids in March for restoration work that is expected to commence in April on Staten Island. The restoration work will extend to other coastal areas in metro New York City region and Long Island.

"I directed state agencies, including DHSES and DEC, to work with their federal and local counterparts to make beach and coastal restoration a priority in our effort to protect and secure our vulnerable coastline and nearby residential neighborhoods," said Governor Cuomo. "Recovering from Sandy, rebuilding our communities, protecting our citizens and strengthening our natural coastal barriers have to be done intelligently and in a coordinated fashion. This work also has to be done as quickly as possible, ensuring that we rebuild smarter and stronger."

The beach restoration effort, led by the State of New York, has included meetings weekly with the U.S. Army Corps of Engineers, Mayor Bloomberg's office, DEC, DHSES, and FEMA. The New York City Parks Department is about to bid the Staten Island project as an emergency protective measure.

The State coordinated restoration scoping sessions with its local and federal partners for coastal areas in Staten Island that were most vulnerable after Superstorm Sandy. This coordination effort will also foster expedited permitting for Army Corp projects scheduled for Coney Island, and the Rockaways, scheduled to begin before summer.

At least 75 percent of the funding for the Staten Island restoration work will come from FEMA's Public Assistance program. At the State's request, FEMA will expedite the obligation of these funds.

U.S. Representative Michael Grimm said, "Before Superstorm Sandy ravished Staten Island, I have urged the Corps to complete its coastal study and begin fortifying our vulnerable coastline. Now the need is far more urgent, which I have expressed to state, local, and federal officials on numerous occasions. I thank Governor Cuomo for listening to our concerns and recognizing this urgent need. His leadership on this effort will allow us to move quickly to restore our beaches, making them stronger and better equipped to prevent flooding and sustain future storms."