On Tuesday, the squadrons roared over Long Island to honor frontline workers. 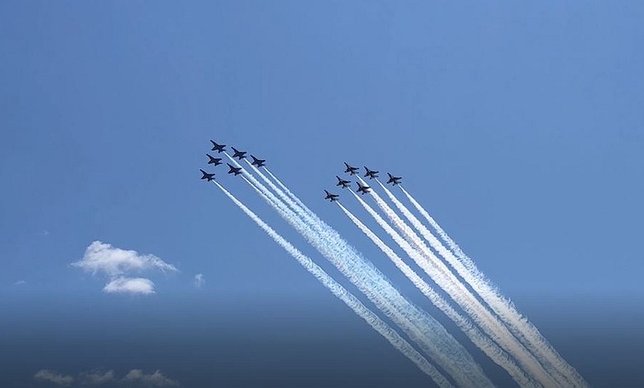 If you missed the spectacular flyover of the Air Force’s Thunderbirds and the Navy’s Blue Angels on Tuesday, some were able to catch them on film and shared their experiences with us. Although reports from Long Islanders say the jets were a bit ahead of schedule, people were waiting, with cameras in hand, to capture the 12 birds as they roared overhead.

Update: We were able to add a few more clips to the video. Click here to watch.

For a map of the original flight path click here.

Chris Lukowski took this amazing video on the formation as it passed over his home in Suffolk County. Lukowski and his wife, Kerry, are avid photographers (Kerry’s bird photos are often featured on the Long Island Birdtogrpahy Facebook page) and they shared the below video with LongIsland.com.

Below, also see photos that were shared on social media that LongIslanders took as they flew over: 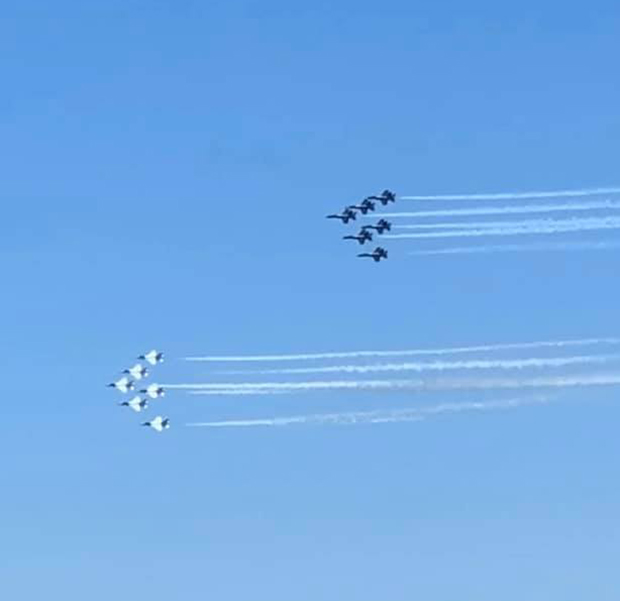 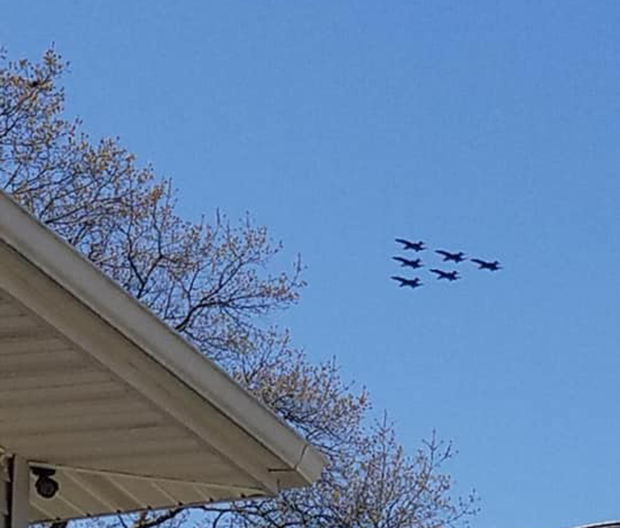 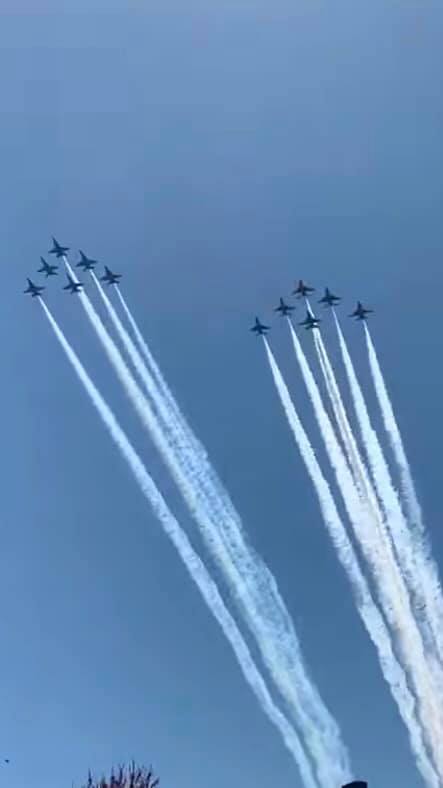