Allan Concepcion, 38, was arrested at his home in Mount Sinai Tuesday morning for allegedly having sex with a 16-year-old student earlier this year. 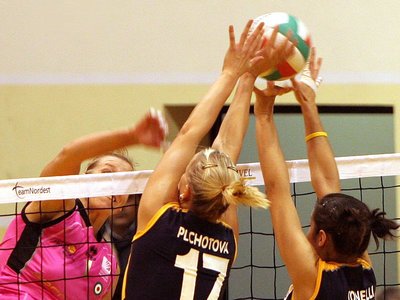 MOUNT SINAI, N.Y—Allan Concepcion, 38, was arrested at his home in Mount Sinai Tuesday morning for allegedly having sex with a 16-year-old student earlier this year.

Concepcion, 38, of Mount Sinai worked as a substitute teacher and volleyball coach at the Eastport-South Manor Junior-Senior High School and a gymnastics coach at the Hampton Bays Middle School.

He also was an assistant coach with the Long Island FURY, a traveling volleyball team for girls.

"The District took immediate measures to ensure that Mr. Concepcion will not be permitted on school grounds under any circumstances," wrote Mark Nocero, superintendent of the Eastport-South Manor Central School District.

Nocero said the district is committed to keeping its students safe and that the district was cooperating with the police investigation.

Lars Clemensen, Superintendent of the Hampton Bays Public Schools, said Concepcion has been relieved of duties pending the investigation.

"To the best of our knowledge, this is believed to be an isolated incident, and the district has no complaints on record regarding this individual," Clemensen wrote in a note on the district website.

"The district is appalled and disturbed by these allegations and will cooperate, as necessary, with law enforcement authorities during their investigation."

Police are not identifying the student that Concepcion allegedly had sex with.

“It is very scary to think that your children are with people that you are supposed to trust…that’s going to mar the trust that other people have in other adults. Parents are going to feel a little apprehensive about having their children participate in sports…. It’s a little frightening,” said Wendy Sykes, an East Patchogue parent.

Concepcion was charged with third-degree rape and endangering the welfare of a child. He is set to be arraigned today in Suffolk County First District Court in Central Islip.

Please include your comments below or on our Long Island Living Discussion Forum.