In a recent study, 28 out of 70 samples of drinking water were found to contain traces of pharmaceutical drugs. 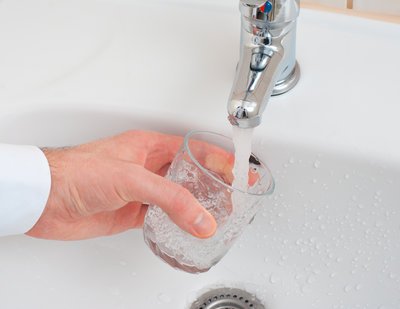 Long Islanders may want to be wary of their water after a report that came out on Monday stated that trace amounts of pharmaceutical drugs are turning up in the island’s water supply.

The Citizens Campaign for the Environment, a non-profit, non-partisan advocacy organization, studied 70 samples of drinking water from 61 different wells, and found that 28 of the samples contained a “low, but measurable amount of pharmaceutically active compounds.”

For decades, the Environmental Protection Agency (EPA) and Department of Environmental Conservation (DEC) advocated for disposing of unused medicines by flushing them down the toilet.  It is only recently that water studies have revealed that our filtration systems do not properly filter out pharmaceuticals, and they are returned to local aquifers to be mixed into drinking water.

Instead, both the EPA and the DEC recommend participating in drug take-back programs, which host collection days for people to bring any leftover medications.  For those who do not want to wait, Suffolk County has installed 24-hour lock-boxes at police stations to dispose of their old drugs.

What is possibly more alarming is that the Citizens Campaign for the Environment also published a press release of a study that found 51% of Suffolk County hospitals, long-term care facilities, and nursing homes guilty of flushing unused or expired pharmaceuticals.

Under Suffolk County Law 2011-1042, all hospitals, hospices, nursing homes, and long-term care facilities in the county must submit a written plan as to how they will dispose of any unused or expired medications – which must be in an environmentally-conscious manner. Still, more than half of the facilities flush controlled substances, and 2% admitted to flushing non-controlled substances

The group advocates for Suffolk County to prohibit flushing and provide a way for all drugs to be sent to a facility to be incinerated.  Until legislature can be passed, the Citizens Campaign for the Environment advocates for the New York State Narcotics Bureau to updated policies for healthcare facilities, and that healthcare workers and residents receive educational training on how to properly dispose of pharmaceuticals.