Governor Andrew M. Cuomo today announced that he is advancing new legislation to end child marriage by raising the age of consent to marry from 14 to 18-years-old in New York. 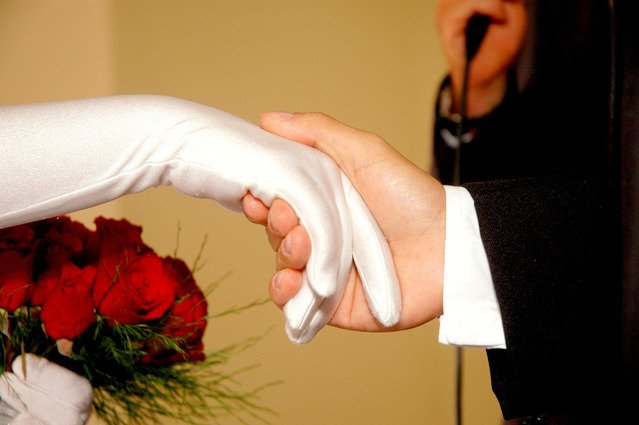 Strengthens protections for minors by making it a misdemeanor to issue a marriage license to anyone under 18-years-old in New York State.

Albany, NY - February 28, 2017 - Governor Andrew M. Cuomo today announced that he is advancing new legislation to end child marriage by raising the age of consent to marry from 14 to 18-years-old in New York. The legislation strengthens protections for minors by preventing child marriage and holding violators accountable. Under the new measures, those who issue a marriage license to anyone under 18-years-old without parental and judicial written consent will be charged with a misdemeanor.

"New Yorkers will be shocked when they learn this law has been in place for so many years, and with this new legislation, we will put an end child marriage, give our young people a voice, and provide the rights and protections to minors that they deserve," Governor Cuomo said. "This is a major step forward in our efforts to protect children, prevent forced marriages, and create a safer and more just New York for all."

"Governor Cuomo has repeatedly taken steps to ensure that women are empowered to have control over their own lives," said Lieutenant Governor Hochul. "Whether decisions about healthcare, family planning, education, marital status or sexual consent, this administration has a strong record of promoting the interests of all women and ensuring the protection of exploited and disadvantaged New Yorkers. Ending child marriages is a continuation of those objectives."

Under current law, children as young as 14-years-old may get married with parental permission and written consent provided by a judge. The law, which dates back to 1929, does not provide guidance to judges determining whether or not to grant consent. As a result, more than 3,800 minors were married in New York between 2000 and 2010.

Research shows that young women who marry before 19 are 50 percent more likely than their unmarried peers to drop out of high school, and four times less likely to graduate from college. In addition, women who wed before 18 are at increased risk of developing mental and physical health disorders.

Additionally, the new legislation includes guidance for judges issuing consent for New Yorkers between the ages of 17- and 18-years-old to get married.

In order for a judge to provide written consent, they must ensure that neither party has a history of domestic violence, orders of protection issued against them, or is a registered sex offender. The judge must conduct an in-person interview with the minor to ensure the following: