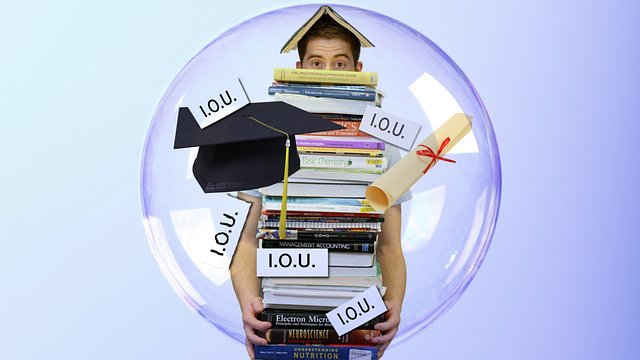 New York, NY - April 24, 2017 - Attorney General Eric T. Schneiderman today joined a coalition of 21 Attorneys General and the Office of Consumer Protection of Hawaii in calling out the U.S. Department of Education for abdicating its responsibility to millions of student loan borrowers and their families across the country by revoking critical reforms designed to help students avoid default and curtail loan servicer misconduct.
The multistate letter – co-sponsored by Massachusetts Attorney General Maura Healey and Illinois Attorney General Lisa Madigan – was sent today to Education Secretary Betsy DeVos in opposition to the Department’s recent rollback of guidance intended to protect student loan borrowers and reform the student loan servicing industry.
“It is shameful that Secretary DeVos and the Department of Education are choosing to side with loan servicers over the needs of students looking to further their education,” said Attorney General Schneiderman. “We should be looking for ways to ease the burden of student debt, not enabling the student loan servicing industry to manipulate and exploit students.”
The reforms, issued via guidance from the Department of Education last year, centered on helping borrowers get accurate information about their loans and repayment options, ensuring the consistency of service provided by student loan servicers, increasing servicer accountability, and enhancing transparency. Critically, these reforms aimed to improve borrowers’ access to affordable loan repayment plans designed to help borrowers in distress avoid default. But the Department’s action earlier this month has instead left student loan borrowers vulnerable to poor practices and abuses that the servicing reforms were intended to prevent.
Attorney General Schneiderman has been a leader in protecting students against abuses in the higher education industry. In February, the Attorney General joined a coalition of AGs urging the Department of Education to continue recent federal protections for students in higher education and taxpayers. The Attorney General reached a $10.25 million settlement with Career Education Corporation for fabricating placement rates, and was part of a settlement with Education Management Corporation (EDMC) to resolve allegations that the school misled prospective students on program costs, graduation rates, and placement rates. As part of the settlements, EDMC agreed to forgive over $100 million in outstanding loan debt. In January, the Attorney General reached a $2.75 million settlement with DeVry University over misleading advertisements about employment and salary prospects. Last week, the Attorney General announced it would provide guidance to former Corinthian College students eligible for federal student loan cancellation
According to the letter sent today, borrowers struggle under the weight of their student loan debt and federal student loan default rates are on the rise. In 2015, the CFPB estimated that more than 25 percent of student loan borrowers were delinquent or in default on a student loan.
“Many such borrowers would benefit greatly from entering income-driven repayment plans but are prevented from doing so by student loan servicer misconduct and misinformation,” the letter states.
Joining today’s letter are the Attorneys General of Massachusetts, Illinois, California, Connecticut, Hawaii, Iowa, Kentucky, Maine, Maryland, Minnesota, Mississippi, New Mexico, New York, North Carolina, Oregon, Pennsylvania, Rhode Island, Vermont, Virginia, Washington, and the District of Columbia, as well as the Executive Director of the Office of Consumer Protection of Hawaii.