The Long Island Association: Education in a Changing Economy

Earlier this month, the Long Island Association, Long Island's leading business organization working toward economic development and finding solutions to some of the toughest issues we face, published a report entitled "Educating Long Islanders in ... 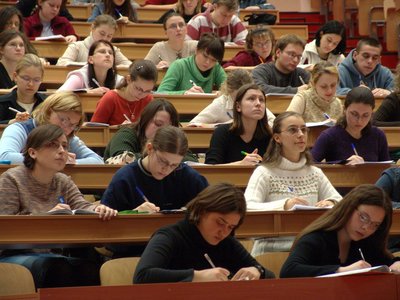 Earlier this month, the Long Island Association, Long Island’s leading business organization working toward economic development and finding solutions to some of the toughest issues we face, published a report entitled “Educating Long Islanders in a Changing Economy: Issues and Outlook.”

The report points out that “Long Island is well positioned to prosper in a knowledge-based economy by virtue of its highly educated, skilled labor force and its top-notch educational and research institutions.”

Prepared by LIA's Chief Economist Dr. Pearl M. Kamer, the report measures the economic impact of the Island’s educational sector, offering an optimistic outlook of its potential to boost our region’s economic expansion.

According to its findings, the educational sector, including primary, secondary and postsecondary schools, injects $17.4 billion annually, either directly or indirectly, into Long Island’s economy, amounting to nearly one-quarter of Long Island's gross regional product of about $137 billion.

As we emerge from what Kamer terms a “transformational” recession into a knowledge-based economy, the findings further indicate that educators on Long Island face the challenge of equipping students to meet new demands of higher achievement. If successful, Kamer pointed out, the Island will be poised to create well-paying jobs that will enhance the region’s economic development.

LIA President Kevin S. Law notes that most jobs created in the coming decade will require at least some post-secondary education and that student achievement in primary and secondary grades must be improved in order to ensure college success.

Findings issued on January 31, 2013 by The Long Island Regional Advisory Council on Higher Education, certainly bear that out. They indicate that New York's four-year high school graduation rate is 74% overall. However, the percent of students graduating that are college and career ready is significantly lower.

Furthermore, the percentage of new students needing remediation at Suffolk County Community College rose from 48.7% in fall 2002 to 61.3% this past fall. Data compiled by the College also shows that the more remedial courses students take, the less likely they are to graduate.

At Nassau Community College, the percentage of students attending college for the first time who required remediation was between 71% and 72% for fall 2008 through fall 2011.

Kramer notes, “In a knowledge-based economy, the businesses that are most dependent on knowledge, research, new ideas, new technologies and new processes have the greatest staying power and growth potential.”

Statistics clearly indicate that if we are going to meet the challenge of preparing our young people to succeed in those businesses by using “college and university resources in pursuit of regional economic development,” as the LIA proposes, we are going to have to target primary and secondary educational outcomes in our schools, working to fundamentally and significantly improve them.

The new report was funded by the New York Community Bank Foundation, the Long Island Regional Advisory Council on Higher Education and HSBC Bank USA. For a free copy call 631-493-3004 or email: thansen@longislandassociation.org

What’s your opinion? We’d like to know. Please include your comments below or on our Long Island Living Discussion Forum.